His full name is Yasser Ibn Rashed Ibn Houseine Al Ouadaani Al Dossari, and he’s known as one of the most famous preachers and Quran Readers in the Arabic and Islamic World. He is Imam and Orator in Dakhil Mosque in Riyadh and the General secretary of Prince Sultan University for teaching Quran to the Saudi Arabian Defense forces.

Sheikh Al-Dosari was born in Kharj province (south east of Riyadh), in 1981, he’s married and father of 2 girls and 2 boys.

Yasser Al-Dosari has achieved a very high level of science, as he was able to obtain a Bachelor degree from the Faculty of Sharia Imam Muhammad bin Saud Islamic University in 1424, then a Master degree, and finalized his academic curriculum with a PHD in comparative jurisprudence Institute of the Judiciary at same university.

Sheikh al-Dossari was assisted by a number of virtuous scholars and clerics, such as Sheikh Dr. Abdullah bin Jibreen, Sheikh Abdul Aziz bin Abdullah Al-Sheikh (Mufti in Saudi Arabia), Sheikh Dr. Saleh bin Humaid (Chairman of the Board CSM country), and Sheikh Saad bin Nasser Ashateri (a member of the senior Preachers), and the list is longer...

Yasser Al Dosari completed memorizing the Quran at the age of 15, and his talent appeared in reading the Quran remarkably, his fresh voice was testified by the experts of Quran, like Sheikh Bakri Tarabshi, and Sheikh Ibrahim Al Akhdar, and as a matter of fact, he issued a number of audio tapes which includes the Quran Taraweeh prayers, 51 Qur'anic version, plus 6 varied ones.

Sheikh Al-Dossari took the role of an Imam in a number of mosques, such as Dakhli Mosque In Riyadh, where he leads a huge numbers of prayers. In addition to that, he was invited to lead the prayers in other countries, such as UAE, Egypt, Bahrain, Switzerland and the Czech Republic.
He gave numbers of lectures and speeches, in multiple Conferences, and TV-Radio Channels.

He occupied other responsibilities, as he’s a member in the King Saoud University, the Global Europe Symposium of Muslim Youth, and other Islamic association. As a result of his achievement, he was nominated as one of the most influential figures in the community. 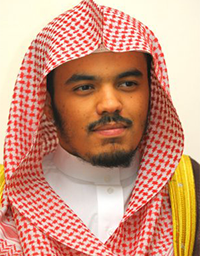