Fatawas and Juristic Judgments on Assabile

Because time is full of developments, variables and different situations, and because the life of a Muslim does not hold up in chaos, and since his existence is not based on randomness, Allah (SWT) has established various legislations and rules for his servants in order to regulate their lives, to facilitate their affaires and matters and most of all to guide them to the right path. In this regard, Allah (SWT) has sent the best of creation, Prophet Mohammad (pbuh), to all words (to the men and jinn), in order to show them the road-map that illuminates the darkness of the night and to show people the cause of their disagreement. Honorable Companions and Muslims in the era of the Prophet (pbuh) used to consult him about each and every matter concerning their religion and their world. The Messenger of Allah responded to their questions with wisdom and gentle exhortation, in order to show them the truth, to make the falsehood vanish, and to remove any ambiguity hidden in all aspects of the Muslims lives.

Since the death of the Prophet (pbuh) to this day, the need for Fatwas has always persisted, and the thirst for knowledge has been constant. People needed and still need someone to enlighten their path, and to answer their religious and worldly questions, so that they will not deviate from the truth and consequently fall into forbidden tasks and taboo. Therefore, the Honorable Companions and those who follow them put the task of Fatwas on their shoulders. They extracted from the Holy Quran and the Sunnah of Prophet Mohammad (pbuh), and the jurisprudence of Islamic Scholars, a variety of rules and juristic judgments in various fields such as acts of worship, transactions, morals, ethics, behaviors and others, so that people are aware of their acts, and hence their lives will be straight and righteous according to the law of Allah (SWT) and the guidance of his Messenger, who said in a Hadith narrated by Imam Malik: "I have left two matters with you. As long as you hold to them, you will not go the wrong way. They are the Book of Allah and the Sunnah of His Prophet."

In accordance with these solid foundations, namely the Holy Quran and the Noble Sunnah of the Prophet (pbuh), in addition to the jurisprudence of ancient and modern Scholars, and in order to contribute to the enlightenment of our dear readers about their religious and worldly affaires, your favorite site Assabile.com decided to create a special section concerning Fatwas and rules, in order to give an answer to all the various questions raised by Muslims from around the world on a number of issues and matters, taking into consideration the problems that have emerged since the dawn of Islam, and those that have emerged only in our time because of changes in lifestyles and ways of living. In this huge task, we will adopt the opinions of eminent and highly-respected Muslim Scholars, in order to guarantee the authenticity of the information and therefore establish the respect due to our readers from all over the world.

Fatawas and Juristic Judgments, Assabile answers your questions about contemporary issues of Islam
Because time is full of developments, variables and different situations, and because the life of a Muslim does not hold up in chaos, and since his existence i...

To read Fatawas and Juristic Judgments 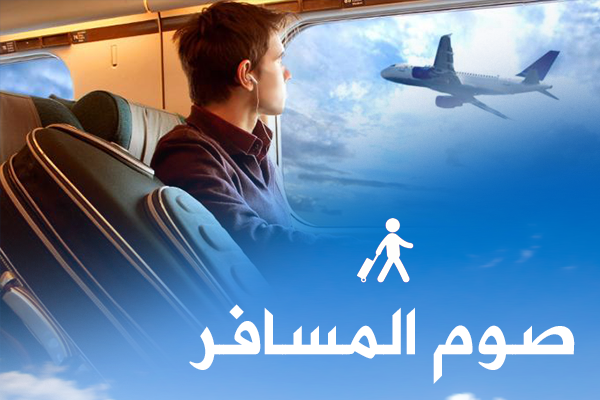 Allah exempts some categories from fasting in Ramadan, to lighten their days, and to care about their health and safety, this is the t...

Fast-breaking of the traveler