In 1381 Hijri, Ali Al huthaify entered the Salafist School of Baljarchi and then enrolled in the Scientific Institute of the same time in 1383. After graduating in 1388, Ali huthaify entered the Sharia’s Faculty of Ryad. Fresh out, he was hired as teacher in the Scientific Institute of Baljarchi. Among the subjects he taught Tafsir, Tawhid, Nahw, Sarf, and khat. In parallel, he was leading prayers and giving lectures in the High Baljarchi Mosque.

Since 1397, Ali Alhuthaify worked in the Islamic University where he gave lectures in Tawhid and Fiqh in the Sharia Faculty. 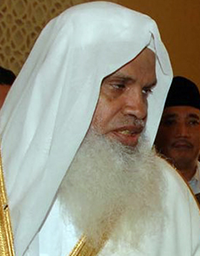