El Hajj or Hajj is the fifth pillar of Islam. This pilgrimage to the Holy Land is between the day 8 and 13 of the Muslim month of Dou Al Hijjah which is the last month of the Islamic calendar. The practice of Hajj dates back to 9th year of the Muslim calendar, this year is also known as 'the year of the delegation' which is marked by the revelation of Surah Al Imran.

El Hajj is a duty for every Muslim with the financial capacity and physical health necessary to undertake the journey to Mecca. El Hajj must be performed at least once in life.

There are five conditions in order to be able to perform the pilgrimage:

Once these conditions are fulfilled the haj or hajja is able to begin his or her pilgrimage. However, before that, the person has to choose among three types of Haj "Tamattoua", "Al Qirân" or "Al Ifrad". Whatever the choice of the pilgrim, his Hajj is accepted.

The course of the Pilgrimage

No one can commence El Hajj without prior input to one of the sacred places of Miqat such as:

Once in Miqat, the pilgrim must take what is called the clothes of "Ihram". These consist of two white loincloths, preferably new and completely clean. No perfume should touch these campaigns if it does, it will invalidate the sanctification. No specific Ihram clothing has been indicated by the Sunnah regarding Hajja. She is free to wear whatever she wants as long as her attire is modest and respectful of Muslim traditions.

After two rakaat, the pilgrim must indicate the ritual he intends to accomplish among the three mentioned above. If the person intends to follow the rite of Tamattoua the words to say are "Labaika Umrah". "Labaika Oumratan wa Hajjan" if we accomplish Al Qiran. And finally "Labaika Hajjan" if the choice fell on Al Ifrad.

What Follows is the Talbiyah with the pronunciation of the words of the Prophet Mohamed: "Labbaikal lâhoumma Labbaik, Labbaik Lâ Charika laka labbaika, inna al hamda, wan ni'mata laka wal Mulk La Charika lak" which means "Here I am Allah, behold me, here I am, no partner to You, here I am. Of course, praise, grace and royalty belong to you, no partner to You. "

Thus begins the course of Hajj.

On the morning of the ninth day of Dhul Al Hijja, the pilgrim visits Arafate for the Zuhr salat and that of Al Asr. This day is dedicated to prayer, supplication and remembrance of Allah.

The one needs to wait for the sunset before heading to Al Muzdalifah. There, the pilgrims perform Al Maghreb, Al Ichaa and after the prayer of Al Fajr, and in "Machar Haram" that the believers remember Allah and praise him profusely. However, before the sun rises, the pilgrim must get headed to Minan.

This is the 10th day, the feast of Eid Al Adha, having arrived at Minan, believers equipped with seven pebbles stone "Jamarate Aqaba" while saying "Allahu Akbar" every time. As for the sacrifice of Eid El Kabir, each pilgrim has three days called "Tachriq" to fulfill them. The pilgrim shaves his head or shortens his hair and the most prohibited of Ihram are lifted with the exception of sex between spouses.

From Minan, pilgrims travel to Mecca to complete the Haj ritual with "Tawaf Ifada". If the believer had declared his intention to perform Tamattoua, he must perform the “Saai” between Safa wa Lmarwa. At this stage of the pilgrimage, all the prohibitions are raised.

Before leaving the Holy Land, pilgrims must make a final lap around the Sacred House called "Tawaf Al Wadaa", according to the words of the Prophet Muhammad who said, according to what Muslim reported : “May the Tawaf be the culmination of what you do before leaving Mecca."

Hajj 2022/1443 : the progress of pilgrimage in islam
Definition of Hajj El Hajj or Hajj is the fifth pillar of Islam. This pilgrimage to the Holy Land is between the day 8 and 13 of the Muslim month of ... 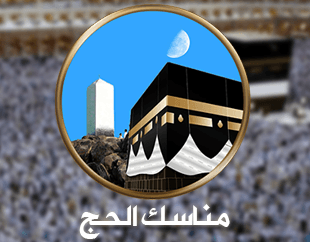 Hajj has magnificent and glorious rituals performed by the pilgrims of the Sanctified House Of Allah (Al-Kaaba) every year ...