Shaykh Mohamed Al Mohisni was born in 1965 in the region of Ben Salman Al Mohisni is a Quran reciter and Khatib, he is considered to be one of the oldest reciters and one of the first reciters to be recorded. Shaykh Al Mohisni learnt the Quran at an early age and was in charge of Imamat at an early age; he is currently the Imam of the Qatari mosque in Meccah.

Shaykh Mohamed Al Mohisni learnt the Holy Quran at the age of twelve thanks to his father’s insistence but also Shaykh Alam-Eddine who was assigned to teach the Quran in the community in Riyadh.

Furthermore, Shaykh Al Mohisni took imamat at the age of 15; he gathered worshippers for the first time on the evening of the 28th of Ramadan in 1979 at the Riyadh Mosque. In 1982, he moved to “Buraidah” seeking knowledge but also to help his father in trading business. He was Imam in different mosques before settling in Qatari Mosque since 2006 till the present time.

The Islamic preacher is well known with his voice, reverence during recitation and his own way of repeating Quranic verses. He is one of the few who goes through reverence and tears for more than once during his recitation of the Holy Quran unlike others who focus on the performance or rules of recitation.

Shaykh Mohamed Al Mohisni’s recitations were recorded to be available to those who would like to hear him; the first record dates back to 1977 comprising Surat At-tawbah after his recitation of the whole Quran was recorded to hear his performance with his singular voice. In the recent years, it became a tradition to broadcast his Tarawih prayers directly on the internet. There are also records of his Khutbahs and lectures mostly Friday Khutbahs styled with his eloquence and way of speaking. However, he was banned from performing khutbahs since 1993 for political reasons. 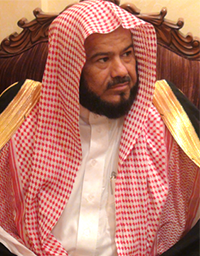