Maher Al Mueaqly grew up in Madinah. He earned a professional degree in mathematics and joined the educational stuff of Balat Al Shohada’ School and later became the students adviser in Abd Al Majid School of Makkah.

In 1425, Maher Al Mueaqly got a master in Shariaa from Umm Al Qura University. Lecturer in the Shariaa and Islamic Sciences Faculty, Maher was leading prayers in Abd Arrahmane Assaadi Mosque, Makkah. From 1416H to 1427, Maher Al Mueaqly was imam at the Prophet’s mosque and the Holy Mosque.

Maher Al Mueaqly’s discography including his recitations was released and sold across many Muslim countries. 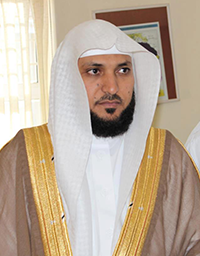