He is Sheikh Abdullah Bin Abdulrahman Bin Sulaiman Albuajan, a Quran reciter, Imam and preacher from Saudi Arabia. He was born in 1399 Hijr, and he is currently taking the Imamate in Al Haram Al Nabawi Sharif, in implementation of a royal decree issued on October 9th, 2009.

Sheikh Albuajan obtained his bachelor degree from the Faculty of Shari’a in the Islamic University of the Imam Muhammad Bin Saud in 1422 Hijr. Then, a master’s degree from the Higher Institute of Justice- department of Shari’a politics – systems division in 1426 Hijr, and he continued the Methodological study and passed the full examination of the doctoral stage in the same Institute.
He was granted a certification according to Hafs Aan Assem from Al Shatibiya road under the supervision of Sheikh Ibrahim Bin Said Al Dosari, a professor of the Islamic readings in Al Imam University, and also a certification according to Hafas Aen Assem under the supervision of the prominent Sheikh Abdulhakim Bin Abdulsalam Khater, a member of the Scientific Committee for the review of the Holy Quran in King Fahd’s Complex for the printing of the Holy Quran.

Sheikh Abdullah Albuajan participated in several training courses on topics such as "Applications of psychological engineering in education", "Effective educational management" and "Teaching aids in the Islamic education courses".
Also, during his academic studies, he completed a number of scientific researches on topics such as: "Special Types of Checks and Methods to trust it: a Comparative Study (Master's Thesis)" and "Judgments in Islamic Jurisprudence (Doctorate thesis)" and "The Political Role of Women in the Prophets roads (Prepared during the doctoral phase) ".

He was known for mastering the recitation of the Quran, and he served as an imam in several mosques, including Al Bowardi mosque in Riyadh, and he took the Imamate in the Prophet's Mosque for the first time on the fifteenth night of Ramadan in 1434 Hijr, corresponding to 14th July 2013. On the ninth of October of the same year, the Custodian of the Two Holy Mosques ordered his appointment as an Imam of the Prophet's Mosque in Medina, and in a short period, he managed to find a special place in the hearts of the people in the Arabic world.

Besides that, Sheikh Abdullah Albuajan also worked as a teacher in the Ministry of Education in Saudi Arabia from 1422 to 1429 Hijr. He is currently a lecturer at the Faculty of Science and Humanitarian studies - Law Department - in Al Kharj Governorate, following the King Saud University, Riyadh.

He has a large number of audio recordings, including Quranic recitations in Taraweeh prayers and Tahajud prayers in the prophet’s mosque in the Medina, which were broadcasted in many channels, including the holy Quran channel in Saudi Arabia, alongside his Quranic recitations in many gatherings, lessons, and preaching events and Dua’as shared throughout the internet. 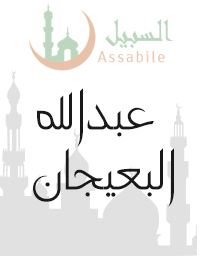 Abdullah Albuajan
He is Sheikh Abdullah Bin Abdulrahman Bin Sulaiman Albuajan, a Quran reciter, Imam and preacher from Saudi Arabia. He was born in 1399 Hijr, and he is currently t...
z