According to a Hadeeth: “Whoever reads the book of Allah has his rewards, and one reward equals ten like it”

Well what about those who memorized the whole holy Quran and devoted their entire life to learn it since their childhood? One of them is the young Sheikh Yasser Qureshi.

His long journey started like any other journey, with one first step. It was in the village of “Deir Ganadleh”, in the Egyptian province “Assiut”, where Sheikh Yasser Abdullah Ibrahim Ahmed Qureshi was born in 1976. As his father wanted to plant within him the seeds of the love of the Quran, he sent his son Yasser to the village Quranic School, where he memorized a large part of the Quran under the supervision of Sheikh Shaker.

Sheikh Yasser’s journey in the path of Quran memorization stalled because of his underdeveloped village, and as a result, he wasn’t able to join “Al Azhar” University and he settled only for his general primary education. However, this didn’t stop his will and determination, as he continued his Quran memorization under the supervision of Sheikh “Khalaf Hassan” and Sheikh Kamal Omar Ali”, who were the disciples of Sheikh “Midni”.

The first persons to ever notice the purity of his voice are his teachers in the preparatory and secondary schools, as he was entrusted with the task of reading the Quran in the school’s radio. This was his first experience in the recitation world, as he continued doing the same even after his college graduation in front of the most important Sheikhs in Egypt, such as: “Al Azhar’s” Sheikhs and the representative of the ministry of “Awqaf” in the seminars held by the ministry of higher education.

In 1994, Sheikh Yasser Qureshi moved to Cairo, in order to complete the memorization of the holy Quran, as well as pursuing his college studies. He obtained a bachelor diploma in “social services”. Yet, his desire to study in depth Al Shari’a did not stop at that point, as he also obtained several certifications such as the “Quranic certification” according to Hafas Aan Assem, a “Tajweed” certification, and a “high readings” certification.

Sheikh Yasser remained in Egypt, until the day he took the Imamate in a mosque, and he was heard by the owner of a Quranic recording company, who liked his voice. As a result, he recorded a Quranic tape that was his passage to fame in the Islamic world.

After he was granted a preaching permission by the ministry of “Awqaf”, Sheikh Yasser became an Imam and a preacher in “Moussa Bin Nassir” mosque in “Al Shourouk” city in Cairo, before joining one of the mosques in the United Arab Emirates. 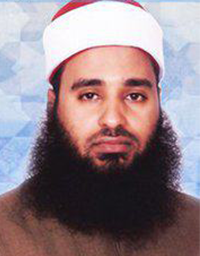 Yasser Qureshi
Yasser Qureshi…The natural Quran reader According to a Hadeeth: “Whoever reads the book of Allah has his rewards, and one reward equals ten like it” Well what a...
z