Sheikh Saber Abdul Hakam is one of the most dedicated Sheikhs. He committed his life and his heartfelt voice for the Holy Quran; although his academic orientation was different from the Islamic “Sharia” and the sciences of Quran readings.

Sheikh Saber Abdul Hakam was born on 6 December, 1962; in the village of “Al Braijat”, which is one of the villages in “Koum Hamada” center, in the Egyptian province “Beheira”. He later on moved to the city of “Alexandria” in order to complete his studies, and he obtained his bachelor degree in agriculture in 1986.

After earning his bachelor degree, Sheikh Saber Abdul Hakam changed his path from agriculture sciences to the sciences of “Tajweed” of the Quran. He joined the institute of Alexandria of “Tajweed”, where he obtained a license in the holy Quran recitation; besides receiving a high degree in the “Ten readings of Koran” in the same institute.

Following his graduation, Sheikh Saber Abdul Hakam integrated several functions in both Egypt and Saudi Arabia, where he was appointed as an imam and a preacher in numerous Egyptian mosques during the period between 1982 and 1989. To join after that, Saudi Arabia, where he worked as a teacher of the holy Quran in the charitable organization of Quran memorization in Riyadh, in “Al Rwad” public schools in Riyadh , in “Riyad Al Salihin” public school and then at the “Al Fikr” public schools.

In the same context, Sheikh Saber Abdul Hakam worked as a “Muezzin” in Salah Eddine’s mosque in the capital Riyadh; then as an imam in Abdullah Hamdan’s mosque in the same city. Besides that, he was able to pair between his work as an imam, giving religious lectures and also supervising the Quran memorization and Tajweed competitions.

As he put it, his career was marked by many Sheikhs who had a big influence on his life; Such as Sheikh Mohammed Al Sakka, Sheikh Shaker Assal and Sheikh Jamal Aldine; Alongside with Sheikh Dr. Ihab Fikri Haider, Sheikh Adnan Abdul Rahman Al Aardi, Sheikh Mohammed Abdul Hamid Abdullah and Sheikh Hassan Shabrawi. 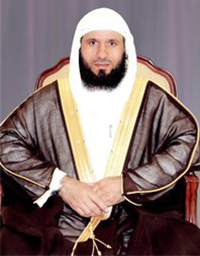 Saber Abdul Hakam
Sheikh Saber Abdul Hakam is one of the most dedicated Sheikhs. He committed his life and his heartfelt voice for the Holy Quran; although his academic orientation...

Saber Abdul Hakam
Sheikh Saber Abdul Hakam is one of the most dedicated Sheikhs. He committed his life and his heartfelt voice for the Holy Quran; although his academic orientation...
z