Doctor Tarik al-habib was born in 1966 in Unayzah from Saudi Arabia, received his master’s degree in medicine and surgery in 1991. In 1994 he got his diploma of Psychology. However to go further in his studies he had to go to both the republic of Ireland and the United Kingdom.

Thanks to his education, the scholar occupies important posts in the field of psychology in Saudi Arabia and other countries, he is a professor and consultant psychiatrist at the School of Medicine and University hospitals of King Saud University in Riyadh since 2005, and he also founded the health center “Moutma’ena” in Riyadh of which he is the supervisor.

Tarik al-habib is a strong believer in the well-built relationship linking psychology to religion. Thus, the psychologist takes as much as he can from the modern scientific theories to combine verses from the Qu’ran and the Hadith of the prophet (pbuh) in order to purify and treat the soul.

As the Secretary-General of the Executive-Council of the “treatment with the Qu’ran, between religion and medicine” conferences since 2007, he is famous for his skills in the treatment of affective disorders and his knowledge of how to deal with stress; the doctor also has his own theories linking the degrees of religiousness and the mental health of the individual.

Tarik al-habib is known for his presence in numerous famous Arab channels. His books and scientific research are taught in different Arab medical schools such as in Egypt the United Arab Emirates and other neighboring countries. 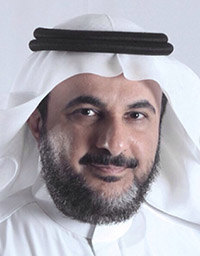 Tarik Al-Habib
Tarik al-habib… the scholar who derived psychotherapy from the Qu’ran and Sunnah Doctor Tarik al-habib was born in 1966 in Unayzah from Saudi Arabia, received ...
z