Shaykh Ali Alomarey was born in 1973; in Saudi Arabia, Jeddah. He was raised among a conservative family proud of their religious and Islamic principles. He benefited thus from a religious and scientific education, the relationship between the two concepts always triggered his attention. More precisely the relationship between science and the Quranic verses. Known for his eloquence and wisdom, those who love and respect him often call him the free orator.

His father was consul of the Kingdom of Saudi Arabia in various countries. During his years as a consul, his father constantly encouraged and supported Islamic preachers and scholars in various countries financially and morally. Such actions were a great source of inspiration for Shaykh Alomarey, he started having encounters and learnt from a number of shaykhs and scholars until he met Shaykh Ali Alhodaifi, the imam of Al-Masjid Anabawi to become later on one of his closest friends.

Nonetheless, this did not stop him from carrying his academic studies starting preparatory and secondary education in Syria and Saudi Arabia ending his higher education in Yemen and Lebanon. Shaykh Alomarey has a Bachelor’s degree in Sciences; this choice was due to his interest in Quranic miracles. The Shaykh then joined the University of Umm Al-Qura in Mecca to be specialized in Sharia followed by a Master’s degree in The Principles of Islamic Jurisprudence from the National University of Yemen then a doctorate in Comparative Islamic Jurisprudence from Jinan University from Tripoli in Lebanon.

Following his studies, Shaykh Ali Alomarey occupied a number of important posts in various formal and informal institutions, charitable institutions, religious committees in schools and summer camps. In addition to his membership in several associations as he heads the International Organization for Youth named “4Shbab”. He is also the chairman of the Arab Open University in Mecca, at the same time he’s the imam of the “Rahma” and “Shaykh Abdelaziz Bin Baz” Mosques in Jeddah.

Dr Alomarey, in addition to his charitable and preaching activities, is well-known for his various television programs such as “180 Daraja” (180 Degrees), “Mudakirat Saîih” (Tourist’s diary) but also for publishing a number of books discussing the Islamic nation’s issues. 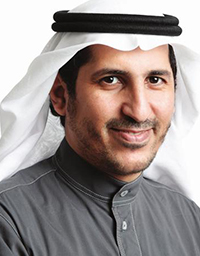