Abderrahman Achmawi… the poet of the Arabic Islamic issues.

A Poet with an Islamic touch, a writer with a nationalist opinion, and a revolutionary author. He studied the Arabic language perfectly and obtained the best degrees in the best institutes and universities, he wrote and build thousands of poems where he shouted on behalf of the people who were unjustly treated, he preached the Muslims in the whole world and encouraged them to get unified in order to bring back the glory of Islam and resurrect its civilization. Who else can be other than the Islamic and Saudi Arabian Poet Abderrahman Achmawi whose full name is Abderrahman Ben Saleh Ben Husain Ashmawi Al Ghamidi.

The world heard the first cry of Abderrahman Achmaoui in 1375/1956 in a village called Araa which is located in the south of Saudi Arabia, he grew up there and studied in the elementary school and high school, after that he moved to the Islamic faculty of Arabic Mohamed ben Saoud from which he was graduated in 1397 with a bachelor degree, and he carried on his studies there and was able to obtain a master degree in 1403, and a P.H.D in 1409 on Eloquence, criticism and curriculum of Islamic literature.

His academic track was outstanding, and he possessed the highest degrees, which qualified him to held many positions in teaching, his brilliance didn’t stop, as a results he was nominated as a professor assistant in the modern criticism in the Islamic faculty of Arabic Mohamed ben Saoud, then carried on his path and was able to be appointed to the department of rhetoric, criticism and curriculum of Islamic literature as a lecturer, and stick on this position until he was retired few years later.

Abderrahman Achmawi possesses a number of poems, where he encourages Muslims to resurrect the Islamic glory, like: there’s "To my nation," "conflict with the self," "saleswoman basil", "The tragedy of history", "Inscriptions on the front of the fifteenth century," "when the lead plays," and "O nation of Islam". He wrote about Bosnia, Chechnya, Lebanon, Syria, Iraq, and children of stones in Palestine, he also discussed in his poems the topics which interest Muslim such as the revolutionary ways as well as the good and evil conflict, and the horrors of the day of resurrection. Plus other topics that address the mind and wondered conscience.

In addition to that, Abdurrahman Achmawi writes regularly in a numerous Islamic tribunes, and participates in literary seminars, poetry readings, plus his animation of a number of TV Programs such as "from the memory of Islamic history”, "the series”, “reading from the book," "educational prospects," and "the lost Paradise ". 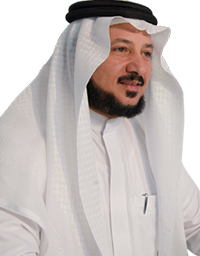