He had a deep affection to the jurisprudence and the prophet Hadiths, and a passion of reading especially the Arabic literature, he loves the poetry, and memorizes the verses of the old and new poets. He’s extremely optimistic, and a sadness ignorer, this is of course the Islamic preacher Aaidh Algarne, the author of the famous book “Don’t be Sad”.

Aaidth Algarne was born in the Saudi Arabian village Al Sharih in 1953, his primary education was in Al Sulaiman School, and the high school in the International institute in Abha in which he obtained a master degree in Hadith field at the faculty of theology in 1408(AH) and he ended up his studies with a P.H.D in 1423 for his thesis “Clarifying the Summary of Muslim Book”.

The conservation of his family encouraged him to learn the Quran and memorize it at an early age, then studied the “Jalalayn”, went through a different interpretations and diverse translations and explored the Quran and the Hadith from credible sources that belong to some of the best researchers and jurisprudents in the Islamic and Arabic worlds, he was also passionate by the arabic literature, especially the poetry of Al Mutanabbi , from which he memorized hundreds of poems and verses.

The Intellectual passion and cognitive appetite of Aaidh Algarne led him to make an outstanding achievement from a religious and a literature perspective, as he delivered more than 850 Audio/Video lectures, and animated a number of conferences in literature, he was also the author of numerous books in Hadith, Quran interpretation, jurisprudence, literature, Prophet biography and translations, in addition to that, he has so many poetries. And one of his prominent books is “Don’t be Sad”, which was known all over the world, as a result, it sold more than two million copies and was translated to many languages.

From a personal level, Aaidh Algarne was harassed and accused by his opponent and enemies. As his criticism to Saudi Arabian position in Golf war led the security forces of his country to imprison him for a while, and after his releasing, he was banned from delivering any public speech or lecture for a decade.

The restriction of his passion to preach and love to use his creativity caused him a deep sufferance, but thanks to the sustenance of his close friends Ibn Almosfir Alqahtani and Doctor Salman Al Ouda he was able to get back to the stages of preaching.

Aaidh Algarne has recently animated a number of TV shows in many Satellite TV channels, such as “The Happiest Woman” in Rissala TV, “Get in peacefully” in Dubai TV, “Biography of Mohamed”, and “Best Stories” in Iqraa TV. 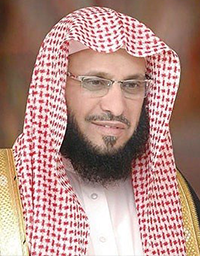 Aaidh Algarne
Aaidh Algarne… the frank preacher and the eloquent writer. He had a deep affection to the jurisprudence and the prophet Hadiths, and a passion of reading espec...
z