Sheikh Mohammed Mustafa Al Zayat was born on Thursday, 23rd July, 1981 in Alexandria, Egypt, a city in which he stayed during his entire life, as he grew up, he studied, and he worked in it as an Imam in “Oum Al Mouaeminin Aisha” mosque, in “Backus” district.

His educational path was purely scientific, as he was specialized in the Mathematical studies, and he obtained his bachelor degree in Mathematics from the University of Alexandria. Yet, he changed the course of his studies when he decided to learn the rules of the “Tajweed” of the holy Quran and the origins of the Quranic readings. In fact, he joined the Institute of Quranic readings “Al Azhari”, in which he obtained his high certification in the “ten readings”, and he is currently in the phase of readings specialization at the same Institute.

Sheikh Mohammed Al Zayat held several positions, as he was appointed as a member in the teaching committee in the centers of the Professor Dr. Ahmad Issa Al Maasaraoui, and he was also an Imam, and a teacher of the “Tajweed” and the Quranic readings and the Quranic memorization in “Oum Al Mouaeminin Aisha’s” mosque, in Zezenia district. Besides that, he worked as a reciter in “Al Majd” TV channels and he recorded several Quranic audio recordings on some websites. 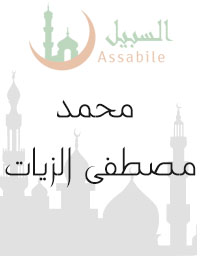