His full name is Abou Abdul Rahman Mohamed Emad Abdel Fattah, born in Egypt, and his educational orientation in the beginnings was towards the business sciences, as he obtained a bachelor from the faculty of commerce and business administration in 1988, and during the preparation for his masters, his educational path changed entirely as he joined the faculty of Ousoul Eddine and advocacy and then in 1997 he obtained a certification in the prophet’s Hadeeths and its sciences. His passion for learning the holy Quran didn’t stop at that point, as he also joined the high Institute of Islamic studies and he obtained after two years of studies, the highest Diploma in Islamic studies.

This is in addition to receiving a certification of Quranic memorization according to Hafs Aan Assem’s and Warsh Aan Nafiae’s recitation methods. He is currently preparing to read according to Al Shatibiya under the supervision of his Sheikh Abdul Rahem Habib.

Sheikh Mohamed Emad is a Quran reader, an Imam, a preacher and a teacher at the Sharkiya directorate of the Egyptian ministry of Awqaf. He believes that the younger and emerging generation is the future of the Islamic Ummah, and he was keen on teaching the youngsters the teachings of the holy Quran and of the Islamic religion, and in that context, he was appointed as a supervisor over one of centers of the holy Quran, which is affiliated to the board of two Islamic charities.

In addition to his stable work, Sheikh Mohamed Emad Abdel Fattah performs numerous parallel activities such as giving lectures, seminars and courses in many mosques, charities and educational organizations, and so on. 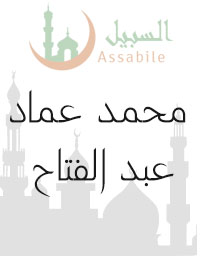