Sheikh Al Husayni Abdul Ghani Al Azazi was born in Egypt in 1956. He has devoted several years to study the holy Quran and to learn deeply its readings sciences. He was able to obtain in 1987 the high certifications of Quranic readings from “Al Azhar Al Sharif”, and he also earned a certification in the “Ten readings” and a certification according to Hafas Aan Assem’s recitation method.

His Academic qualifications authorized him to hold several positions. He was appointed in 2005 as a teacher of the holy Quran, and of the “Ten readings” in the department of “Ousoul Eddin” in the Shari’a and Islamic studies faculty, in “Qatar” University. He worked there for three years after he had worked as a teacher of the Quran and its readings in “Al Azhar Al Sharif”.

Besides working in Egypt, he also went to the Saudi Arabia as a teacher in “Al Haras Al Watani” schools, then as an Imam and a preacher in several mosques in Jeddah.

Following our prophet Muhammad peace be upon him quote “The best amongst you are the ones who learned the Quran and taught it to others.” Sheikh Al Husayni Al Azazi recorded a full version of the holy Quran in which he shows the way to learn the Quran, in addition to recording a Quran version to teach the children by the repetition method, and another version according to Warsh’s recitation method for the benefit of “Al Majd” channel. Besides that, he was the reviewer of the Quran copies published in the Saudi Arabia’s market.

It is noteworthy that Sheikh Al Husayni Al Azazi has participated as a jury member in numerous Quran reading competitions in both “Qatar” University and the Indian school. He also received several certifications of appreciation from the center of the “teachers’ summer faculty” of the ministry of Education, and from “Ibn Kathir” school of Quran memorization, and also from the administration of culture and education that is dependent to the National Guard Agency in the western region of Saudi Arabia. 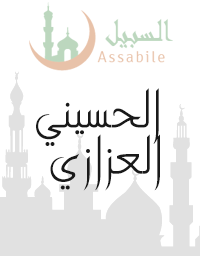