Salah Bukhatir is an imam and Qur’an reciter from United Arab Emirates. His brother is the religious singer Ahmed Bukhatir.

Salah Bukhatir memorized the Holy Qur’an while he was still a child. His beautiful voice in psalmody earned much distinction and popularity among his surroundings.

Later on, his fame took him to eminent mosques of the Saudi Arabia. Thus, he had led prayers in Cheikh Saoud Al Kassimi’s Mosque and the Prophet’s Mosque.

Salah Bukhatir has been invited by many TV and Radio programs of Muslim countries. 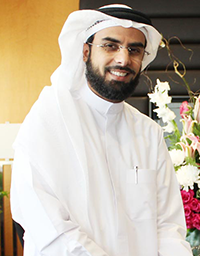