Khalifa Al Tunaiji was born in the Emirate of Sharjah more specifically in the city of Dhaid. He learnt the holy book of Allah at the City Center of Quran, learning at the hand of Shaykh Ghulam Hussain; he was only thirteen at the time. The Islamic preacher is also known for being one of the Quran reciters characterized with a strong singular voice.

He studied in the Medina at the hand of Shaykh Ibrahim Al-Akhdar one of the readers in mosque of the Masjid Anabawi Al’Charif, received a Bachelor’s Degree in Civil Engineering from the University of the United Arab Emirates in 2001.
He is currently the Head of the Department of Housing as he is the member of the Executive Board and the Board of Directors of the Holy Quran and Sunnah of Sharjah. Shaykh Khalifa previously worked as a director of the Department of Public Works in the Emirates.

To conclude, there are audio and video versions of Shaykh Khalifa Al Tunaiji’s recitations and teaching of the holy Quran that are available throughout the Arab and Islamic world but also episodes of his TV show “Celebrity Readers” that is aired on the Arabic channel Al-Sharjah. 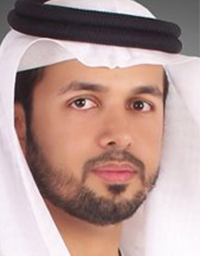