Mohamed Hussein Yacoub… the smiling face of the Salafist movement.

With his smiling face surrounded with a white beard, once the sight is appointed to him, the one feels relieved, especially after hearing his sweet words, he grew up within a religious family and decided to carry on the preaching path that his father had been following, he crossed the land’s God by travelling inside Egypt and outside it with one purpose, which was the learning, and as a result, he reminded those who lost their path, guided the ones who live in confusion, and resurrect the optimism inside people who lost their hope, who else can be other than the Islamic preacher Abu El Allaa Mohamed Ibn Hussein Ibn Yaakoub who is known as Mohamed Hussein Yacoub.

Mohamed Hussein Yaacoub was born in 1956/1375, in Al Moatamadia village which is located in the center of Imbala in Giza Egypt. He grew up within conservative people and an environment full of religious and ethical principles, his father (May God bless him) was an Imam, Jumaa preacher for over 50 years, and one of the founders of the legitimacy association for the corporate writers of Quran and Sunnah.

During the childhood of Mohamed Hussein Yaacoub, he showed a big desire to acquire forensic science and an avid for the religious knowledge, and he was taught by his father, and he studied the Quran, and was able to learn it by heart with the assistance of the two Sheikhs Mahmoud Talaba and Abdelaziz Al Fayoumi.

During his youth, he carried on his long career in studying and acquiring knowledge, he stayed in Egypt in order to study, and could obtain a teacher diploma in 1967, then he travelled to Saudi Arabia between 1401 and 1405, which was a crucial moment and a milestone in the Sheikh path either from and academic perspective or a scientific one.

He was taught the forensic science by many Islamic sheikhs may God bless them all, like Abdlaziz Ibn Baz, Mohamed Ibn Saleh Al Aothaymeen, Abdellah Ibn Gadyan, and Mohamed Almokhtar Ashanqiti, plus Abu Bakr Al Jazaeri who is still preaching.

Mohamed Husain Yaakub was a curious reader who walked through many biographies of the old Islamic preachers, he admired their outstanding achievements and took these folks as idols like Ibn Jawzi, Eddahabi, Ibn Taymia and his student Ibn Al Qayem, and the list is longer. In addition to that, he was impressed by many Islamic historical books, such as “Hearts Hunting”,“The instructions”, “The crossing stairs”, ”The 2 Roads of Immigrants”, and the biographies of the noble preachers.

During a long career, Mohamed Husain Yaakoub received many awards and recommendations from brilliant preachers, like the Sheikh Abi El Ashbal Ezzahiri and Abu Khobza Tetouen (Morocco), who praised him for the ”Six Books” book, and in addition to this credit, he obtained a third award from Abu Khalid Elwakil El Makki.

Thanks to the wide knowledge and the intellectual qualifications that Mohamed Husain Yaakoub has acquired, he was able to take over many responsibilities, such as his position which he had in the Sunna information center in which he could access closely to the Sunnah Authoresses especially the six books, in the meantime he participated on the computerization of 36 books of Hadith and numbered other Hadiths that are documented in “Sahih Muslim”, and “Musnad Ahmed”, plus the accurate review he made on some Hadith in terms of information and coordination.

Mohamed Husain Yaakoub is a distinguish intellectual and preacher, as he possess a variety of speeches and lectures such as “Cures”, “How to Repent”, “Bring upon us to the direction”, he also has several Authoresses, and most notably “Description of Conformer Woman”, “The serious Conformer”, “the Origine of Origines”… 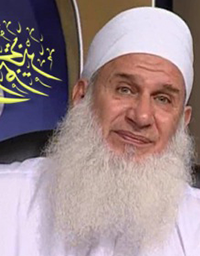