Amr Khaled… a missionary activities man with a development initiative.

The words he’s using with his followers are full of emotions, and his speech with the audience is done in a gentle manner. Unlike the classical Muslim preachers, he dresses fashionably and with a face empty of beard. He was able to attract the young and earn their love, in fact; they admire his development initiative and the unique way of delivering his advocacy, as some of them started imitating him. He’s been lecturing and debating in different places in the world, as a result of his brilliant work he received the best awards and honors. The international media considers him as one of the most influential figures in the Islamic world. And who else can be other than Amr Khaled whose full name is Amr Mahmoud Hilmi Khaled.

Doctor Amr Khalid was born in 1965 of November the 5th in Alexandria. Although he grew up in a wealthy family, he couldn’t ignore the poverty and sufferance of people around him and their need to a development initiative to guide their believes, faith, and a development project which can increase their incomes and wage. After succeeding the elementary and secondary school and being graduated from high school, he joined the faculty of commerce in the university of Cairo to carry on the graduate studies, and obtained a bachelor degree in accounting, after that, he switched his studies to something completely different, which was the Islamic studies, in which he got a diploma in 2001 and then he culminated his academic background in 2010 with a PHD in Islamic law from the British university of wales.

After his graduation, Amr Khaled had worked in an accounting office for a period of 7 years, and after that he devoted all of his time to deliver speeches in mosques and private clubs. And he carried on for a period of over 8 years in which his lectures were distinguished with a secured power, an aesthetic discourse and a renewed style. These were enough reasons for the channel Iqraa to hire him within their staff in order to participate in their programs and lectures appointed to different social classes, which have achieved an outstanding result, and thanks to this success, Iqraa channel has become very popular in all parts of the Arab World.

The Success of Amr Khaled was a result of the lectures and lessons he has delivered in mosques and major squares in Egypt with tens of thousands attendees, who were young men and women from middle and wealthy classes, and whose the age is between 15 and 35 years, his vision sees these young having the power to improve the islamic world situation, but a number of Al Azhar Sheikhs and Egyptian authorities suspected his popularity and his influence within these groups, so they put some pressures and restriction on him, which didn’t leave him any choice other than leaving his homeland to Beirut and London, thus he ensured all of his activities to remain broadcasted on the satellite channels and internet.

And Despite that, Dr Amr Khaled continued presenting the TV Program “Life Makers”, between 2004 and 2005, in which he provided ideas for pilot project in various economic and social fields; he also presented in 2005 a TV program called “On the footsteps of the beloved man”, where he went through the life of the Prophet Mohammed, Peace be upon him. In addition to that, he introduced another program entitled : “With the name of god, we live”, in which he tried to bring a lofty meaning and spiritual dimension to the names of Allah.

In parallel with his intensive media activities, Dr Amr Khaled embarked on the startup of the development and awareness initiative, by setting up “Life Makers” Program with the purpose to spread the faith development, he founded the charity foundation which was created under the name of “Right start”, he launched a project “Send your dream to your country”. He also set up the foundation of the International union for “Life Makers”, plus the action of “Protection” that he initiated against the drugs, and the campaign “we are indigenous people” that he founded in order to spread values and scruples, beside the establishment of an Egyptian Forum, and thanks to these achievements he was selected as the president of the trustees boards to conclude these series of initiatives by the establishment of Party called “Egypt”. 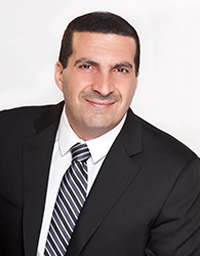 Amr Khaled
Amr Khaled… a missionary activities man with a development initiative. The words he’s using with his followers are full of emotions, and his speech with the ...

Amr Khaled
Amr Khaled… a missionary activities man with a development initiative. The words he’s using with his followers are full of emotions, and his speech with the ...
z