Until fairly recently, Muslims were just one of the many parts of the Canadian mosaic that has emerged over the past few centuries from waves of immigrants coming to a land peopled by its Indigenous inhabitants. The first recorded Muslim family arrived in Upper Canada from Scotland in the early 1850s.

According to Canada's 2011 National Household Survey, there were 1,053,945 Muslims in Canada or about 3.2% of the population, making them the second largest religion after Christianity.

Just as Christians celebrate Christmas, Diwali is enjoyed by the Sikhs, Hanukkah celebrated by the Jews, and these are just a few to name, Canadian Muslims celebrate Eid Al-Fitr Festival with full-day events starting early in the morning with Eid prayer, and a wonderful sermon (Khutbah) by well-respected Imams at an outdoor prayer ground or a mosque, followed by a day of family fun and entertainment, spectacular celebrations including, shows, sport tournaments, and a variety of international cuisines, Eid sweets and pastries.

In Canada everybody is invited to join this grand celebration that has become a fabric of Canada's heritage and multicultural mosaic that helps Canadians from different faiths to grow stronger and to understand one another better as sisters and brothers in humanity. Allah (SWT) said in Surah Al-Hujraat: “O mankind, We have created you from a male and a female, and made you into races and tribes, so that you may identify one another. Surely the noblest of you, in Allah’s sight, is the one who is most pious of you. Surely Allah is All-Knowing, All-Aware”.

Eid al-Fitr is an important and joyous Islamic holiday for the Muslim community in Canada. It’s an occasion to increase in good deeds, give Zakat to the poor and the needy and most of all to praise Allah and give thanks to him for all his blessings.

Eid al-Fitr is not a national public holiday in Canada. However, many Islamic businesses and organizations may alter their business hours during this event. There may be some congestion around mosques around this time of the year.

All the people of Canada try to grow to understand one another in their beliefs and faiths as Canadians, for this particular reason, an important petition was sent to Prime Minister of Canada, Justin Trudeau, concerning Eid Al-Fitr and Eid Al-Adha, in order to make these two important Islamic Festivals, as national holidays in Canada starting from 2017.

Assabile.com will inform you of the date of Eid Al-Fitr. May the blessing Of Allah (SWT) fill your life with happiness, success, and good health!

Date of the end of ramadan and Eid ul Fitr 2022/1443 in Canada
Until fairly recently, Muslims were just one of the many parts of the Canadian mosaic that has emerged over the past few centuries from waves of immigrants com... 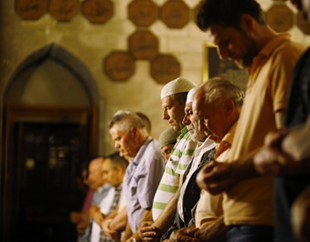 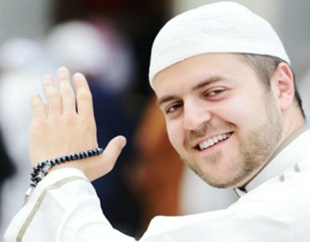