He is Mohammad Moussa Hamdan, one of the young sheikhs of Jordan, a young man who grew up loving the holy Quran, and who devoted years of his life since the beginning studying and deepening his knowledge in the field of Islamic studies, Quranic readings, and the fundamentals of the Islamic Shari’a.

Sheikh Mohammed Moussa Hamdan, famous for Abou Abd Albir, was born in August 1982. He received his education in Jordany, where he obtained a certification in Al Fikh and its fundamentals.

During his journey in the path of sailing in waves of the Quranic studies, Sheikh Mohammad Moussa Hamdan received several certifications, including the certification of Hafas Aen Assem, from Al Shatibiya and Dura roads, as well as a Sanad of the prophet PBUH.

In addition to that, Sheikh Moussa Hamdan obtained a certification concerning “the nine books”, and he also made some books, such as “the Good intentions book”, which gave him the ability to take the Imamate of the mosque Khalil Al Rahman in Amman, Jordany. 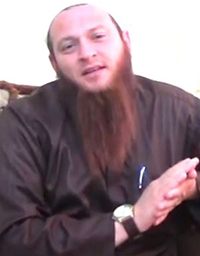