Sheikh Jamal Shaker Abdullah is a Jordanian Quran reader, an Imam, and a preacher in “Oum Al Mouaeminin” mosque in Oman. He was born in 1978 in “Zarqa” city, in Jordan.

Sheikh Jamal Shaker descends from a very knowledgeable family that respects the science and the religion. As a result, it wasn’t very surprising that he was strongly attached since his childhood to the Islamic religion. He started taking Quranic courses in “Omar Bin Al Khattab” mosque at the age of ten years old, and he was able to memorize the whole holy Quran according to Hafs Aen Assem’s recitation method, under the supervision of Sheikh Mahmoud Idriss at the age of thirteen years old. After that, he became An Imam and a preacher in “Al Safaareeni” mosque in “Zarqa” city at the age of eighteen years old.

Sheikh Jamal Shaker began studying the “Islamic Shari’a” in the Jordanian University, in which he stayed two years. He joined after that the Islamic University of “Al Medina Al Mounawara” to finish his studies and in order to obtain his bachelor degree in the Islamic Shari’a by mention “Excellent”.

During his study period in “Al Medina Al Mounawara”, Sheikh Jamal was able to read the holy Quran under the supervision of Dr. Ihab Fikri in “Al Masjid Al Nabawi” mosque, and he was certified according to Hafs Aan Assem’s recitation method, following “Al Shatibiya” and “Al Taiba” methods, and also according to Shuaba Aen Assem’s recitation method “Al Shatibiya”. At the time, he was also an Imam of the University mosque.

After his graduation from the Islamic University in 2002, Sheikh Jamal Shaker joined The Jordanian University in Oman, and he obtained His Masters in “Al Fikh and its origins” in 2004, then a Doctorate degree in 2009. In parallel with that, he took the Imamate of several mosques such as “Al Malik Abdullah Al Mouaasis” mosque, and “Al Kalouni” mosque.

After that, Sheikh Jamal Shaker Abdullah Settled in the United States of America since 2009, and he took the Imamate of numerous mosques, as he is currently the Imam and the preacher of the “Orland Park” mosque, in Illinois State. Besides that, he is also teaching the Shari’a and the holy Quran explanation and meaning to the Muslim community living in America. 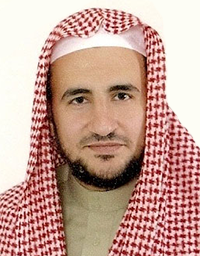