Mohamed Rateb Al-Nabulsi is a syrian daai’a. He is considered as one of the most popular contemporary Islamic personalities. He was born in Damascus in 1938 and he is a descendent of the Prophet’s (All Prayers and Blessings of Allah be upon him) companion Omar Ibnou Al-Khattab, may Allah be pleased with him. He grew up in a family financially poor but intellectually rich. His father was one of the Damascus scholars, and the owner of one of the biggest libraries in Syria.

He followed his primary and secondary education in his hometown before joining the Damascus University to study Arabic literature. He had his bachelor’s degree in the same field in 1964. After that, he joined the education Faculty in Damascus University in 1966 and had a Diploma in Education, with honors, and then, he continued his postgraduate studies and had a doctorate in education from Dublin University in 1999 on the subject’s thesis ''Tarbiat al Awlad fi al Islam (children Education in Islam)”.

His education studies did not prevent him from learning other science and knowledge branches, especially the Islamic studies, like Quran interpretation, Al fiqh, Assirah Annabawia (the prophet biography) and al Hadith. He had his bachelor’s degree in the Hadith Acharif transmission in Damascus University.

After completing his studies, Dr. Mohammed Al-Nabulsi worked as a teacher in various secondary and academic educational institutions. He was an education scholar-lecturer in Damascus University between 1969 and 1999. He also was a professor in scientific miracles in Quran and Sunnah at Sharia wa Ossoul din (religion’s fundamentals) university of Damascus, and an education’s fundamentals lecturer in the Islamic University of Tripoli, in addition to his work as an imam and khatib in his grandfather’s mosque, Abdul Ghani Al-Nabulsi, in 1974.

He wrote numerous articles in newspapers and magazines, and participated in editing books. He is also known by his lessons and lectures through Arab an foreign satellite channels, like “Anouar Al Quran (the Quran lights)” series, and “Ala Al-Houda (On the right guidance)”. 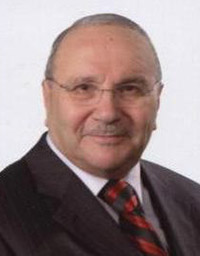 Mohamad Rateb Al-Nabulsi
Mohamed Rateb Al-Nabulsi is a syrian daai’a. He is considered as one of the most popular contemporary Islamic personalities. He was born in Damascus in 1938 and...
z