Iraqi Quran reciters could not create a wide audience for themselves within the Muslim world as it is the case for Egyptian reciters. It’s because of their adopted recitation style, which is based on Maqam and voice rather than mastering the rules of Tajweed and also the non-proliferation of the readings science, in addition to the fact that the Iraqi media was weak. However, there is an exception to every rule, and the exception here is the reciter Abdul Razak Al-Dulaimi, who became famous through the media, along with many reciters such as Nimat Al Hassan and Mohammed Nasser Al-Azzawi.

Abdul Razak Bin Abtan Bin Sabbar Al-Dulaimi was born on Tuesday, May 4th, 1976 in the Iraqi capital Baghdad. He devoted himself to study vocal melodies and Quranic performances, and he was considered as an erudite Quran reader.

In addition, Abdul Razak Al-Dulaimi obtained a license in reciting by Imam Assim and Imam Ibn Kathir from Sheikh Yassine Taha Al Azzawi. He also studied vocal Maqamats under top reciters in Iraq, which allowed him to enter the world of media through Iraqi national radio in 1996.

Thanks to his ability to recite in different vocals during Tajweed of the Quran, Al-Dulaimi was selected to recite in forums beside the memorizer Khalil Ismail the dean of the Baghdad school, and received a certificate of excellence from reciters’ Chieftain Sheikh Abu Al Ainiin Shuaishia. Moreover, he represented Iraq in several international competitions, such as the International Competition of the Quran in Malaysia where he won the first place in the Arab world and the fourth world-wide in 2001.

It is noteworthy that Sheikh Al-Dulaimi, who currently works as an imam at an Ajman mosque (UAE), has registered three recitations of the whole Quran. The 1st was recorded in 1998 in the presence of a competent committee of senior Iraqi reciters, and was primarily considered as an educational copy of the Quran. The 2nd was recorded in 2001, at the request of former Iraqi President Saddam Hussein, in which Sheikh Al-Dulaimi has combined the Iraqi and Egyptian schools’ methods including Eastern, Iraqi and Turkish melodies in a beautifully breathtaking performance.

In the same context, Sheikh Al-Dulaimi, has registered a 3rd recitation of the whole Quran in 2010, the first of its kind in the quranic sites thanks to the adopted method of intonation, where he has collected various Maqamats along with the adoption of pictorial reading to facilitate the transmission of the verses’ meaning directly to the listener’s heart, while keeping the identity of Iraqi Maqam, which makes the recitation melodious and touching. 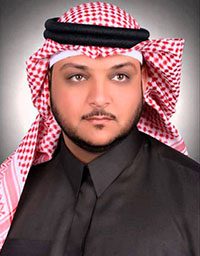 Abdur Razaq Bin Abtan Al Dulaimi
Iraqi Quran reciters could not create a wide audience for themselves within the Muslim world as it is the case for Egyptian reciters. It’s because of their adopte...

Abdur Razaq Bin Abtan Al Dulaimi
Iraqi Quran reciters could not create a wide audience for themselves within the Muslim world as it is the case for Egyptian reciters. It’s because of their adopte...
z