The Quran reader Ramadan Chakour Hussein was born on the 18th August 1976, corresponding to 1396 Hijry in Kirkuk city, Iraq. His full name is Ramadan Chakour Hussein Muhammad Abou Al Zubair, he grew up in a very hardworking family that earns its living with honor, and that is keen on passing the Islamic values and ethics to the youngsters of the family. As a result, this environment led Sheikh Ramadan to form a strong personality and to refine his religious believes, as he was largely committed to his religion matters since his childhood, and keen on helping his family in the hard work.

He was, May Allah’s mercy be upon him, known for his high values and morals, according to a testimony by his friends, Sheikhs and close members, as he was characterized by his humility, his forgiveness, his kindness, and his righteousness towards his parents. Also, he was strongly affected by the words of Allah, as he used to cry while reciting the holy Quran, and he was known among his acquaintances to do good deeds, to help his family and to speak only to say good things. Despite his religious and scientific interests and preoccupations, he was very careful to earn his money with honor, as he worked as a construction worker throughout his life with sincerity and dedication.

Sheikh Ramadan Chakour May Allah’s mercy be upon him was very interested in deepening his knowledge, and he was, during his education debut, a hard worker who was making exceptional efforts to memorize the holy Quran and to learn its rules. He was able, thanks to Allah and thanks to his efforts to learn the fundamentals of the holy Quran, and its rules under the supervision of distinguished Sheikhs and scholars such as Sheikh Juma’a Ali on whom he read Al Fikh, grammar, the Tawheed, and the fundamentals of the Hadeeth, and Sheikh Dr. Abdul Latif Ahmad who taught him about the prophet’s Hadeeth, and Sheikh Reboar Mohammad Ahmad who taught him important lessons about the holy Quran. After completing his educational path, several students learned the Shari’a sciences under the supervision of Sheikh Ramadan.

Sheikh Ramadan was well known for his heartfelt Quranic readings, for his strong speeches, and for his educational councils during the month of Ramadan. Thanks to his sweet voice, to his strong style of preaching, and to his soft manner of dealing with people, he became popular throughout the countries, and his prayers and speeches spread everywhere. In 2013, Sheikh Ramadan was assassinated by some unknown armed men as he was returning to his home from the Institute of Imams and scholars in Jiman area, between the cities Kirkuk and Sulaymaniyah in Iraq, and he left behind him an immense religious and humanitarian legacy. 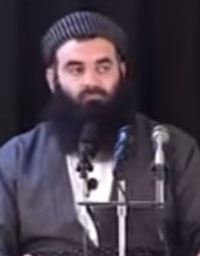