Our prophet Muhammad PBUH said: “Beautify the Quran with your voices”. This Hadeeth summarizes the importance and the impact of a beautiful voice in delivering the meaning of the holy Quran to the listeners, and in making an impact on their thoughts. And perhaps the most popular country that is distinguished by the uniqueness and the sad tone of the voice of its readers is Iraq, and it is due to the late events and tragedies in this country. Among those Quran readers, one of the most prominent ones is the reciter Bassel Bin Abdul Rahman Raoui, who is born in 1953 in the “Al Aadamiya” governorate, Iraq.

Sheikh Bassel Raoui is descended from a noble family (Al Husseiniya Gentlemen), as his father’s grandfather Saleh Raoui was a judge in Baghdad in 1936, and his mother’s grandfather Ali Al Khattib was the director of Awqaf in “Diyali” province, and a preacher in its Grand mosque. Unlike most of the reciters, Bassel did not choose Quranic studies since his childhood. In fact, he graduated from the Faculty of Law and Politics After he completed his elementary, middle and high school in his hometown, before being appointed in 1977 as a diplomat in the extension of the Foreign Ministry Center.

Bassel didn’t appear as a Quran reciter until his retirement from the diplomacy corps in 1990, as he dedicated his time to study and to learn the holy Quran, and he received a certification according to Hafs Aan Assem’s recitation method in 1997 from the University of the “Imam Muhammad Bin Saud” in Saudi Arabia, Riyadh. His passion towards learning the Quran did not stop at that point, as he joined the charity center to discover in depth the sciences of the Quran and to study the Shari’a, Ousoul, and Hadeeth. Then, he obtained the center’s certificate in 1998.

Currently, and since receiving his certification, Sheikh Bassel Raoui devoted his time to teach the Quran in the Saudi Arabia where he lives, and he also started reciting the holy Quran in “Ibrahim Al Hasini” mosque.

It is also noteworthy to say that he published his memoirs during his work as a diplomat under the title of “From my memory - A read in the memoirs of an Iraqi Diplomat”. 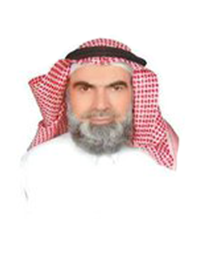