His full name is Shirazad Bin Abdul Rahman Bin Taher Bin Hassan Al Koufi, a Kurdish Shafi’i Quran reader who was born in “Al Mosul” in northern Iraq in the year 1968. He is currently working as Imam in “Mohammad Hassan Bin Al Sheikh” mosque in Dubai, and he is nicknamed by “Badr Al Qurae” or “the readers’ full moon”.

Sheikh Shirazad Abdul Rahman Taher descends from a Kurdish family; he received his education in “Al Mosul” schools, before joining the faculty of engineering, majoring in the “electronics and communications” specialty in “Al Mosul” University, where he graduate in the year of 1991. Moreover, Sheikh Shirazad is fluent in English and uses the computer very well.

Sheikh Shirazad Taher started learning the holy Quran reading at an early age under the supervision of his father, who used to work as a school principal and as a teacher of the Arabic language and of the holy Quran and its sciences. His father was credited for teaching him the right Quran reading principles and methods and also for helping him master the rules of the holy book.

Sheikh Shirazad Taher was unique among his peers. He was distinguished by his beautiful and sweet voice, and he was surnamed “Al Minshawi Al Saghir” or “the little Minshawi”. He also learned the rules of the Quran recitation “Tilawat” from several Sheikhs, most notably: Sheikh Saif Al Din Bin Hadi may Allah’s mercy be upon him, and Sheikh Imad Al Din Shams Al Din who is an Imam in “Al Hafed” mosque and he continued on this path until he completed his high school education. After that, he moved to “Al Qadisiya” mosque to continue his education.

Sheikh Shirazad Taher was certified by Sheikh Abdul Latif Bin Khadar Al Soufi according to Hafs Aen Assem’s recitation method and also according to the “Seven readings” by “Al Shatibiya” method during a grand ceremony in “Al Qadisiya” mosque in 1988, and he was nicknamed “Badr Al Qurae”.

In 1995, he traveled to “Al Hodeidah” city in Yemen, where he spent three years of his life until he was certified by “Sheikh Abdul Razak Bin Mohammad Bin Amara” according to the “three readings” that is complementary to the “Ten minor readings”.

Sheikh Shirazad Taher took the Imamate of numerous mosques in Yemen, Iraq, and the United Arab Emirates. He started in “Al Abrar” mosque in “Al Mosul” city in 1990, until he was appointed as an Imam in “Mohammad Hassan Bin Al Sheikh” mosque in Dubai, where he is still currently working as a “paid Imam”. After being granted the recitation certifications, Sheikh Shirazad started teaching those readings in “Al Mosul”, and he was able to certify many Quran reciters “Moujawidin”. He is considered the first to ever bring the “three readings” which is a complement for the “Ten minor readings” to “Al Mosul” city and to the rest of “Mesopotamia”; He also transferred it from Yemen to Iraq.

Sheikh Shirazad Taher has various activities in the United Arab Emirates, such us teaching the holy Quran in Dubai’s central prison, and his continuous teaching of the “Ten readings” in his mosque. Besides that, he participated in several radio programs and he evaluated and judged many Quranic competitions. 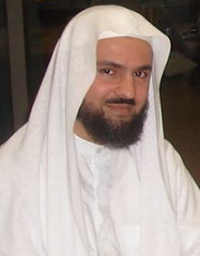