Sheikh Ahmed Al Mesbahi is considered one of the finest Quran readers and scholars that Yemen ever gave birth to in the twentieth century.

His full name is Ahmed Ibn Mohammad Ibn Ismail Al Mesbahi, born in « Al Misbah » region, in Wusab As Safil district, in « Liwaa Dimar » on the eighth of « Rabea Al Awal » of the year 1396, corresponding to the eighth March, 1976. He is married, and he has a son and three daughters, and he currently lives in Sana’a.

Sheikh Ahmed Al Mesbahi was raised by his father Al faqih «Muhammad bin Ismail Al Jahmi Al Mesbahi» Allah’s mercy be upon him from Bani Al Jahmi, they are a well known family of Ulema whose name is associated with our prophet’s great companion Abi Mousa Al Ash’ari may Allah be pleased with him. Under his father’s supervision, Sheikh Ahmed Al Mesbahi was able to complete the memorization of the holy Quran at the age of twelve years old only.

Sheikh Ahmed was able to study the Quran and its sciences, the « Aqidah », the Shafi’i Madhhab and its origins, and the Hadeeth and its terminology. Besides that, he mastered the Arabic language, poetry, and the principles of calligraphy, accounting sciences and dictation.

Sheikh Ahmed Al Mesbahi navigated between several regions of Yemen seeking knowledge. He lived for a while in « Zubaid » city, and he was schooled by the Mufti of the city Muhammad Ibn Suleiman Al Ahdal may Allah’s mercy be on him. He later on moved to « Saada » city where he was taught the science of « Al Hadeeth » by the scholar and Sheikh Muqbil Ibn Hadi Al Wadi’i ; then he departed to the capital « Sanaa », in Yemen, where he continually seeked the company of Al Qadi “Muhammad Ibn Ismail Al Amrani” for approximately ten years.

Sheikh Ahmed Al Mesbahi studied at «Al Imane » University, where he seeked knowledge and learned from its big scholars and sheikhs, most notably Dr. Abdul Karim Zidane, who asked him to teach on his behalf the students of the master’s and doctorate degree about « Al Fikh Al Hanafi » and the modern « Fatwas ».

Ahmed Al Mesbahi was a brilliant student and was always ahead in his studies. He received a higher diploma in the Quranic sciences specialty from « Al Hajr » state Institute in the city of « Ta’az ». Later on, he obtained his bachelor’s, masters and doctorate degrees from « Al Imane » University with honors. He also possesses more than thirty certifications and degrees in various Arabic, Shari’a and Islamic sciences.

Sheikh Ahmed Al Mesbahi had held several tasks and functions. He was a professor of « Al Fikh Al Hanafi » and the modern « Fatwas » in « Al Imane » University, and he also was a preacher in « Al Misbah » mosque in Wasab. He also held the position of a professor of « Al Fikh » and its origins at the University of « Al Andalous » in Sana’a; and he participated in several seminars and conferences and television programs inside and outside Yemen.

Sheikh Ahmed was distinguished and well known for his sweet and soft voice. As a result, he released a complete version of the holy Quran recitation.
Also, he was known for the multiplicity of his talents; as he was a chanter, a poet and he organized a “hundred poem” verses for « Durar Al Bahia » concerning « Al Shari’a » matters according to Al Qadi « Muhammad Ibn Ali Al Shouwkani ». Moreover, he released several researches and publications, including: « the terms of the word Tawheed », « Landmarks in the path of science », and also « Tahdeeb of the signs of the hour ». 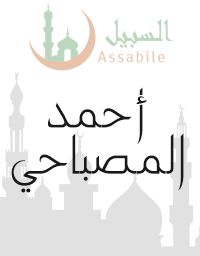 Ahmed Al Mesbahi
Sheikh Ahmed Al Mesbahi is considered one of the finest Quran readers and scholars that Yemen ever gave birth to in the twentieth century. His full name is Ahmed...
z