He’s an Intellectual, journalist, administrative and a religious preacher with a multi-skilling touch, he studied the petroleum engineering at the prestigious American universities, and worked in the best multinationals, he used his free time effectively, and acquired an expertise in the coaching and learning administration arts. He has touched the religious science, supervised the training courses and participated in the international conferences, his brilliance showed up in a number of satellite channels, this is of course the Islamic and the Kuwaiti preacher Tareq Al Suwaidan, and his full name is Tareq Mohamed El Saleh Al Suwaidan.

Dr Tarik Al Suwaidan was born in 1953 of September,15th in Kuwait, he has been looked after by his mother who loved him purely and took care of him in a unique manner. Especially after his father passed away while he was a little child, these tough circumstances were a stimulus for him to move forward, achieve his goals, and convert his dreams into a reality.

After his graduation, Dr Tarik Al Suwaidan obtained a number of positions and responsibilities in administration, finance and media, which he performed perfectly. He became an International celebrity and his name became very known as one of the most prominent people in the Islamic and Arab world who honor their country and nation.

From an administrative and financial perspective, and since 1992, Dr Tarik Al Suwaidan has held the position of the chairman for the Golf Innovation Company of the management and economic consulting, he also has been working as a professional coach in the fields of the personal development and public administration since 1992, beside his work in the past as a general manager of the American academy of innovation between 1977 and 2001, he was also an assistant professor at the faculty of Technological studies in Kuwait between 1977 and 2001, plus a position of reservoir engineering controller which he occupied between 1990 and 1991.

Internationally speaking, Dr Tareq Al Suwaidan has been the chairman of the International Company of Innovation for the artistic production since 1998, meanwhile he’s been the president of the pioneers training center for young people since 2002 and the chairman of the awareness management center since 2003, he was also the general manager of the “Al Rissala” Channel between 2005 and 2013, and the General Secretary of the world commission of solidarity with Kuwait between 1990 and 1991.

In parallel, Dr Tareq Al Suwaidan participated in dozens of congresses and lectures across different parts of the world and supervised a number of courses within Kuwait, Golf, Arab World, Europe, America and Australia, in which he was able to train more than 50.000 people in the following fields: Education, Management, and self-development.

In addition to that, Dr Tareq Al Suwaidan earned his fame thanks to his leadership of presenting many Arabic TV programs, such as “The Eternal Women”, “Stories of Prophets” and which have been broadcasted in MBC and Dubai Channels, besides a variety of other programs like “Stories and Lessons” in Kuwait TV, “Attribute” in Orbit channel, “Success Industry” in Iqraa TV, and last but not least “the Art of charity” in Qatar TV.

Dr Tareq Al Suwaidan possesses a dozens of books and publications in the religious, administrative and the historical fields, as an example, “The Summary Of The Islamic Faith”, “Success Industry”, “The Creativity’s Principles”, “Time Management”, “Culture Industry”, “Palestine… An Illustrated History”, and the list is longer. He also owns a number of lectures, lessons, and the audio visual speeches, most notably “The End Story”, “Quran’s Miracle”, “The Prophet Leader”, “Renew Your Faith”, “Call For Success”, and “Five Loyalty”, plus a variety of biographies of the Prophet’s companions, God bless them. 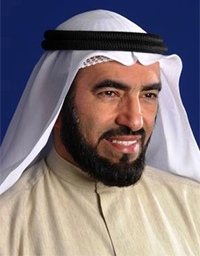