Shaykh Mohammed Al Awadi was born in Kuwait in 1959; he is an Islamic scholar and preacher. He graduated from the College of Education in Kuwait in 1981. Shaykh Al Awadi pursued his higher studies in the same college choosing the Islamic Studies as a specialty graduating in 1986. He also got his Master’s degree from Umm Al Qura University in 1992 on the theme of “Critique of Philosophical Mysticism” followed by a Doctoral thesis in Aqidah and Daawa from the same University.

Furthermore, Shaykh Al Awadi gives great importance to ethics and religiousness, the scholar thus sought to promote the two concepts. For he views the coming generation as the future of the Islamic nation, seeks to communicate with them using their language to shorten the distance and facilitate understanding.

Shaykh Al Awadi occupied various important posts in his career as he is an active member of the International Founding Committee of the Islamic Media that belongs to the Muslim World League which is based in Mecca. He is also the general supervisor of “Rekaaz” institution that seeks to promote moral and spiritual values, especially among the youth. Moreover, the scholar teaches in a number of colleges and universities and joined at the same time the Ministry of Awqaf and Islamic Affairs of Kuwait to work as a cultural advisor.

Despite all these occupations, Shaykh Mohammed Al Awadi did not neglect his preaching activities through a number of media outlets, for he animated a number of famous shows such as “Bayni wa Baynkom” (Between us) discussing various issues related the Quran, Islam and society in a smooth and meaningful manner. He also writes for a number of Arab newspapers, magazines and published several books such as “Why am I a Terrorist?” and other works. 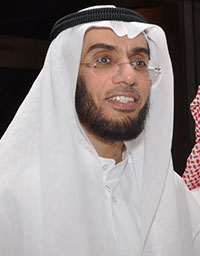