Shaykh Muhammad Al-Aalim Al-Dokali was born in 1949, in Libya, in a village called “Awlad Al-Aalim” where he received a religious education thanks to his father. He is one of the greatest and most well-known reciters of the Quran in his country.

In his early childhood, Shaykh Al-Dokali moved to the city of Zliten and joined the institute Al-Asmari, where he continued his learning of the holy book. He then joined the institute of Malek Ibnu Anass in Tripoli and completed his studies as he specialized in Islamic studies.

In 1972, the Shaykh obtained a diploma in teaching. In 1978, he obtained an international B.A in Sharia and Law from the Islamic University in Bayda, which allowed him to exercise different professions such as Khateeb in the mosque of Balamin in Tripoli, Imam and a teacher of the Quran in 1994 at the faculty of Daawa Al-Islamia. In 1998, he was appointed general director of legal affairs of the General Authority of Islamic Affairs and Endowments for two years.

He taught many believers from different places from Libya the verses of the holy book. Moreover, the Islamic Call Society requested from him to lead the Tarawih prayers at the Moulay Muhammad mosque. The prayers are aired live on religious Libyan channels.

Shaykh Muhammad Al-Aalim Al-Dokali was also member of the jury of numerous Quran recital contests in both Libya and Morocco.

In addition to his religious devotion, Shaykh Addukali was a strong political opponent to Al-Gaddafi regime. His political inclination incited him to leave Libya during the uprising of February 17th as he was one of the supporters of the rebellion. 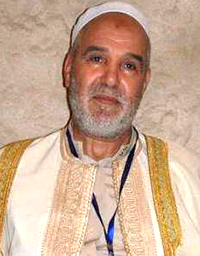