Sheikh Dawood Hamza is one of the most famous Quran readers in Libya. He entered the world of “Tajweed” by coincidence; yet he became a master in the holy Quran recitation because of his raw outstanding voice, as he was able to reach the whole world.

Sheikh Dawood Ayad Hamza was born on Friday, 1st November, 1968, in Tripoli. His choice of studying the Quranic “Tajweed” sciences was a pure coincidence. At the age of ten years old, his father gave him a gift on the occasion of his success in school; it was a recording of the Quran reader “Abdul Basit Abdul Samad”, Sheikh Dawood fell in love with Abdul Samad’s voice, and he unsuccessfully tried to imitate him.

His first failure didn’t slow his determination to learn the art of “Tajweed”. He joined a Quranic school in his village in order to discover the world of “Tajweed” and its rules. The school was his gateway to get to know several Quran readers, such as Muhammad Sediq Al Minshawy.

Sheikh Dawood’s entry to the Quranic School wasn’t only to discover the basics anymore. He started showing numerous features of a great Quran reader due to his special and heartfelt voice in the “Tajweed”. His Sheikhs encouraged him to memorize the holy Quran and to master the rules of Quran recitation. As a result, he completely memorized the Quran in two years, at the age of twenty years old.

During his career, Sheikh Dawood Hamza moved between Libya and Canada. He was a Quranic teacher at only 22 years old, and he taught many Libyan students the Quran; who became later famous reciters in Libya. He was also appointed as an Imam in “Taraweeh” prayers in Canada for more than 10 years.

Sheikh Hamza was known for his diversified activities, as he participated in several forums, gatherings, and local and international competitions in different countries, where he reached advanced places, such as Saudi Arabia, Malaysia, South Africa, Czechoslovakia and Algeria. He also aspires to record his first Quranic recording, according to the Moroccan way, which relies on the “Andalusian legacy” with its fifth degree musical hierarchy. 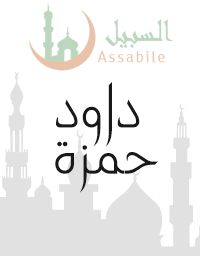 Dawood Hamza
Sheikh Dawood Hamza is one of the most famous Quran readers in Libya. He entered the world of “Tajweed” by coincidence; yet he became a master in the holy Quran r...

Dawood Hamza
Sheikh Dawood Hamza is one of the most famous Quran readers in Libya. He entered the world of “Tajweed” by coincidence; yet he became a master in the holy Quran r...