His full name is Sheikh Muftah Bin Muhammad Bin Younes Bin Omar Alsaltany. He was born in Benghazi, Libya, on Saturday 19th April 1393 Hijry, corresponding to the 21st May 1973. He is a Quran reciter and a consultant doctor in internal diseases and nephrology.

Muftah Alsaltany was able to memorize the holy Quran in his city Benghazi in 1999, and he obtained several certifications in the minor and major “ten readings”, and in the Quranic calligraphy, under the supervision of the biggest sheikhs in Egypt, Syria, and Chinguetti. Besides all this, Sheikh Muftah Alsaltany received a certification from the general administration of the Quranic affairs in Libya, concerning the “Uthmaani calligraphy” of the Quran.

In the medicine field, Dr. Muftah attained the first ranking and by honors his baccalaureate diploma in the medicine and surgery from “Garyounis” University in Libya in 1999. He earned a PhD in the royal Irish college in “internal medicine” in 2001, which was converted to a doctorate degree in 2002. After that, he obtained a PhD in the University of Ottawa in Canada, in “nephrology” in 2010.

After his graduation, Sheikh Muftah Alsaltany worked as a professor of internal diseases in “Garyounis” University in Benghazi, Libya, and also in the American University “Cornell”, in the branch of Doha, Qatar. And additionally to this, he worked as a doctor in numerous hospitals in Libya, Ireland, Qatar, and Canada, and he is currently specializing in “Oncology” and “Cancer treatment” in Edmonton University, in the state of Alberta, Canada. 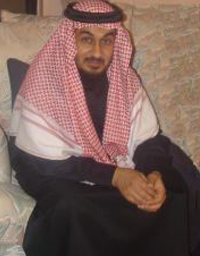