Sheikh Mohy El Din Bin Hassan Bin Marei Bin Hassan Agha Bin Ali Al Kourdi Al Dari, a Turkish descendant, born in Damascus, is one of the few who devoted their life entirely to learn the Quran and to teach it to the young generations.

Sheikh Mohy El Din Al Kourdi was born in 1912 in the Hayawatiyya district of the Syrian city “Damascus” in a very conservative family that had a profound impact on shaping his life, his choices, and his path, especially his mother who was distinguished by her pure religious commitment.

Unlike most of the Quran reciters, the first bricks in the path of Sheikh Mohy El Din were made by women. The first one was his mother, then his neighbor Fatima Bint Ali Al Hajjah who couldn’t have kids of her own, which made her love Mohy El Din as her son and it was thanks to her that he joined the “Khajah”, where he met another woman who has the credit for fully teaching him the holy Quran while being under the age of six years old.

At the age of twelve years old, Mohy El Din Al Kourdi joined the Quranic School where he started to memorize the holy Quran under the supervision of Sheikh Azz El Din. Unfortunately, the situation of his family did not give him the privilege of completing the book of Allah, as he was obliged to work with his father to provide for his family, and then he travelled to Amman. But as soon as he returned to Damascus, he decided to finish what he had started and he memorized the whole holy Quran at the age of seventeen years old. 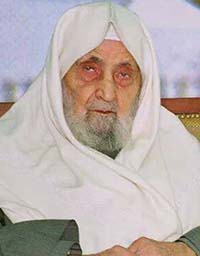