Sheikh Mahmoud Sayed Eltayeb has understood, since the beginning, the importance of the “Tajweed” in conveying the meaning of the holy Quran and in bringing it closer to the reader; this made him concentrate more on deepening his knowledge concerning the “readings” science and its origins.

Sheikh Mahmoud Abdul Rahman Sayed Eltayeb was born in 1977. While he was a young child, his father has drew for him a path in the field of the holy Quran memorization, as he put him in the Quranic school under the age of 5 years old. As a result, he was able to finish the memorization of the Quran at the age of 10 years old.

During the course of his journey in the Quranic readings, Sheikh Mahmoud Sayed Eltayeb obtained several certifications, such as a certification according to Choaba and Hafs Aan Assem’s recitation methods, under the supervision of the Sheikh of the Egyptian Quranic schools “Ahmad Issa Al Maasaraoui”, and he also received a certification from Sheikh Yasser Salama, Sheikh Nabil Muhammad Abdul Ghafar, and Sheikh Mohammad Fouad.

In recognition of his unique vocal skills and of his good performance, Sheikh Mahmoud held numerous positions where he was appointed as an Imam in the mosque of the “Islamic Assembly” in 2002. Also, he was appointed as a teacher at the Institute of readings in Sharabia, and then in 2004, he held the Imamate of the mosque “Al Rahman”, famous by the Sheikh Ghorab. 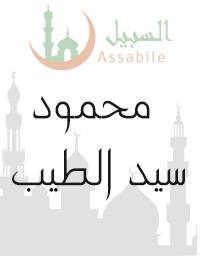