Sheikh Adel Al Kalbani was born in the month of Ramadan in 1378, and he’s considered as one of the biggest Quran Reciters.

Sheikh Al Kalbani was assisted by the senior clerics such as Sheikh Ahmed Mustafa, Sheikh Mohammed Ibn Nabhan Ibn Hussein and Sheikh Abdullah Ibn Jibreen, and he was certified in the 10 readings (Qira'at) of the holy Quran. He was nominated in the 4th of Ramadan in 1429 as an Imam of the holy mosque in Mecca. He was before that an Imam in many mosques in Jeddah, such as the king Khaled Ibn Abdelaziz mosque, and he remained there for 25 years. Sheikh Adel Al Kalbani is currently an Imam and Preacher in the holy mosque in mecca, he’s also leading the Tarawih prayers in the holy mosque since the 6th of Ramadan 1429. 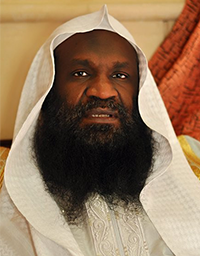