The Egyptian Sheikh Yasser Eldeeb has his own way of reading the Holy Quran and reciting its verses. Thanks to his beautiful voice and eloquence, he is able to capture the attention of the listeners and to give them a joyful experience. He specialized in Islamic and Arabic studies, and at the same time, he obtained numerous certifications of the Quran readings and rules. He practiced the Imamate in several mosques and he travelled in religious and advocacy missions to African, European and Arabic countries.

Sheikh Yasser Sarhan Eldeeb was born on September 18, 1977 in Egypt. He grew up loving the holy Quran and the Shari’a, so he decided to study the Shari’a sciences and linguistics in 2001. He obtained his degree in the Islamic and Arabic studies from Al Azhar University in Cairo and then he moved to the Quranic study and earned three certifications according to Hafas Aen Assem’s recitation method, and two certifications according to “Al Jazriya” and to “Tuhfat Al Atfal” or “the children’s masterpiece”, and also a certification according to the book “Al Waqf and Al Ibtidae and their relation with the meanings in the holy Quran”.

At the same time, the Quran reader Yasser Sarhan took part in several Quranic courses inside and outside his country, and achieved good results in them. In 2013, he achieved the second place in “Al Atrajah” in Kuwait, he obtained the same rank in the Quranic Readings Center in Kuwait, first place in the high readings contest in Alexandria, and he also received certificates of appreciation from the Ministry of Awqaf of Somalia, and from the Syrian social community in Banjos and from the Islamic presence in Yugoslavia, in addition to obtaining an award from al Azhar Institute in 2003.

Thanks to his natural and intellectual abilities, the Quran reciter Yasser Sarhan Eldeeb took part in numerous positions and responsibilities, as he worked as a president of the Review Committee in the Grand mosque in Kuwait between 2010 and 2011, a member of the Review Committee of the Holy Quran in the same country, a member of the Union of the Quran Readers in Egypt, a Quran reciter in the radio channel of the Quran in Kuwait, a teacher in the center of Al Imam Ibn Al Jazari in the same country. He is currently an Imam in the Ministry of Awqaf and Islamic Affairs in Kuwait, and an Imam and preacher and scholar in the Awqaf directory in Alexandria.

On the level of media productions, the Quran reader Yasser Sarhan has many audio recordings of the Quran, and also television interviews, most notably “the selected Tilawat” recorded by Al Fajr channel, religious lectures recorded in Al Khamisa in Alexandria under the programs “Dounya wa Din”, and “Quotes of the prophet pbuh”.
He traveled to a number of countries in professional and study assignments, as he was sent by the Egyptian Ministry of Awqaf as a lecturer, and Quran reader to Yugoslavia, Nigeria, Kenya, Somalia and others. 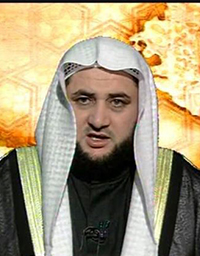