His full name is Turki Musaid Abd Al Rumaih, one of the Saudi Arabia Quran readers, a reader that combined two rarely combined fields, Engineering and Quranic studies, and he even excelled in both of them and he is a great example for his peers.

Turki Al Rumaih was born in Saudi Arabia, and his education path was purely scientific at the beginning, as he joined the faculty of engineering and he received his degree in architecture from the University of King Faissal. Yet, besides all that, he was able to memorize the holy Quran and to learn the rules of its recitation.

After his graduation, Sheikh Turki Al Rumaih was appointed as an engineer in the center of sea water desalination in Al Khobar city. Also, he worked as a Muazen in the mosque of Rayyan in Al Jisr neighborhood for seven years.

It is noteworthy to say that Sheikh Turki Al Rumaih began to lead people in Taraweeh prayers since he was 19 years old. 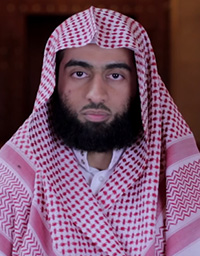