His name is Tarek Ibn Abdul Rahman Al Hawass, one of Saudi Arabia’s most prominent advocates and preachers, who believed in the need and necessity to open up to the media in order to simplify the concepts of Islam and to address the largest segment of the public. In order to achieve that, he had worked on several religious programs on a variety of satellite channels.

Sheikh Tarek Ibn Abdul Rahman Al Hawass graduated from the Islamic University of the Imam Muhammad bin Saud, with a specialization in “Osoul Eddine” or the fundamentals of religion, Al Aqida and the modern religion doctrines. He also obtained a master's degree in the issues of belief in Sunan Ibn Majah and the doctorates degree in the conversations and the implications related to the matters of faith and companions, in the work of Ibn Abi Shaybah.

Following his graduation, Sheikh Tarek Ibn Abdul Rahman Al Hawass was appointed as a doctor in the Faculty of Shari’a and Islamic studies in the city of Al Ahsae, specializing in the Aqida and modern Islamic doctrines, as well as his work as an Imam and a preacher in the mosque of Al Moualimin in the same city, and also a member of the Association of Muslim Scholars.

On the level of his advocacy and preaching work, Sheikh Trek Al Hawass was known for his multiple television programs in this field, as he has a special weekly program for “Al Bidaya” channel, entitled “The Fatwas of women”, a series of programs for “Hayatina” channel with the title of “Awraq”, composed of thirty episodes, a program concerning “the stories of the prophets”, and the program “Islamic advices”, as well as participating in the program the story of Fatwa with Sheikh Salman Al Aouda and a group of students, broadcasted on the channel “Dalil”.

In the same context, Sheikh Tarek Al Hawass was also known for his participation and presentations of several radio and television programs including “Al Majd” channel, “Abu Dhabi” channel and “The holy Quran” channel, as well as participating in the program “Hayat Al Qouloub” or “The life of hearts” on the Qatar television.

Besides his media work, Sheikh Al Hawass worked on presenting a series of lessons and lectures in the Islamic religion, such as the lesson of explanation of “the Aqida Hadiths in Sahih Al Bukhari”, a lesson in the Fikh named “Explanation of Manhaj Al Salakin from Sheikh Al Saadi” and the explanation of the system of “the ladders of achievements”.

And as recognition of his efforts in the field of advocacy and preaching, Sheikh Tarek Al Hawass was awarded the award of the «Distinguished preacher" in the Eastern Region. 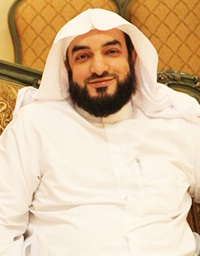