Sheikh Sami Al Dosari is a Saudi Quran reader and Imam. He is also a professor in the king “Abdullah Bin Abdulaziz” high school in Dammam.

Sheikh Samy was able to obtain a Quran reading certification according to “Hafs Aan Aasem’s” recitation method, under the supervision of the Sheikh Ahmad Abou Hunaif.

Moreover, Sheikh Sami Al Dosari is currently working as an Imam and a preacher in “Al Malham” mosque, in “Al Hamrae” district, Dammam.

Besides that, he is married, and he is the father of four children: Chaimae, Sharifa, Bayane, and Abdul Aziz. 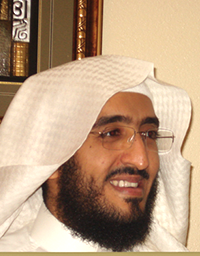