We wish for things, but faith might choose for us different things, and sometimes it turns out to be the best choice as it is better than what we hoped for. This is exactly what happened to the Sheikh Nasser Al Obaid, who entered the world of Imamate only by chance, and who became a well known Quran reader in various parts of the Islamic world and he became a destination for listeners who want quiet and relaxing Quranic reading.

Sheikh Nasser Bin Abdullah Al Obaid was known since his childhood by his love for studying, as he has been studying numerous specializations to finish off by obtaining his bachelor degree in business administration from the king Saud’s University, a bachelor degree in the Quranic readings from the Islamic University Al Imam Muhammad Bin Saud, a masters degree in security sciences from Nayf University, then a doctorate from The Imam University in the political criminalities, in addition to studying psychology at the University of Oum Dourman in Sudan.

Sheikh Al Obaid was studying under the supervision of numerous Sheikhs, who certified him according to the readings methods of Shouaba, Warash, Hafas, such as Sheikh Al Sadati, Sheikh Mohammad Al Mousnid, and that’s thanks to his excellent performances and to mastering the outlets of the words.

Following his graduation, Sheikh Nasser Al Obaid worked as an air force advisor, then as a certified trainer, and he joined in parallel the I’jaz scientific authority, and the center of Muhammad Bin Nayf for counseling and care, in addition to his work as presenter in the Saudi channel Al Ouwla, the thing that he stopped doing later.

Also, Sheikh Nasser worked as an Imam in Al Moutawa’e mosque in Al Rawdah neighborhood in the Saudi capital Riyadh. His path of Imamate started earlier than that and only by coincidence, as he was passing by a temporary mosque for the Maghreb player and he was selected to take the Imamate that night, and after that they asked him to become the Imam of this mosque.
Sheikh Al Obaid was different than the others by his unique and heartfelt voice during the recitation of the holy Quran, which resulted in a very large audience inside and outside the Saudi Arabia, and that’s thanks to the audio recordings that he made. He became more famous when he launched the audio version of Surat Fatir, Surat Yas, and Surat As-Saffat and du’as.
Besides that, Sheikh Nasser Al Obaid made several writings, as he issued a series of books such as “So that the imams make not fault during Al Taraweeh prayers”, which is a collection of instructions and advices given to the other Imams, and also “ Ahkam of the funerals” , etc . 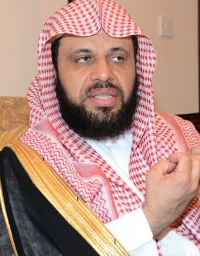 Nasser Al Obaid
We wish for things, but faith might choose for us different things, and sometimes it turns out to be the best choice as it is better than what we hoped for. This ...

Nasser Al Obaid
We wish for things, but faith might choose for us different things, and sometimes it turns out to be the best choice as it is better than what we hoped for. This ...