It has been widely said that a beloved child has several names ; And it is no wonder that the reciter Muhammad Taha Al Junaid has so many of them. He has a voice from « paradise », he is known as ‘the miracle kid’ and ‘the little reciter’. These multiple names are due to his large fan base.

The 15 years old Muhammad Taha Al Junaid was born in the Kingdom of Bahrain, and he inherited from his father the beauty of his voice and the love of the Holy Quran. Many of Al Junaid’s family surroundings appointed that his father has a melodious voice in the recitation « Tajweed » of the Quran ; However, he was not interested by fame and he settled for encouraging his son in that field.

Muhammad Taha Al Junaid relationship with the holy Quran started at an early age. He later on joined the center of Quran memorization « Abdel Rahman Ajour » in Hamad city in Bahrain where he was able to memorize at least twenty parts  « Hizb » of the Quran.

The reciter Muhammad Taha Al Junaid was able to create for himself a wide fan base who love to listen to the Quran, thanks to his angelic and breathtaking voice. He expanded his fame after he published a video in which he recites some verses of the Quran to become popular in all parts of the Kingdom of Bahrain. Also, several Islamic websites dedicated some space to add his recordings of the holy Quran to their content.

Muhammad Taha Al Junaid was able to reserve for himself the first place in most of the Quranic competitions, where he earned first place in the category of “three parts memorization” at the eighth edition of the Bahrain Grand contest of memorization, « Tajweed » and explanation of the Quran organized by the Ministry of Justice and Islamic Affairs.

Besides that, Muhammad Taha Al Junaid won the first place in Sheikh Ibn Baaz’s contest may Allah have mercy on him, in Quran memorization and « Tajweed » which was organized by the Islamic Education Association.

He also achieved one of the top ten places in Jalawi Ibn Dhaoui Al Otaibi’s competition in Quran memorization and « Tajweed » in its first edition. In addition of receiving the first place for his repeated participation in the Holy Quran contest in Bahrain radio which was organized by the Ministry of Justice and Islamic Affairs. 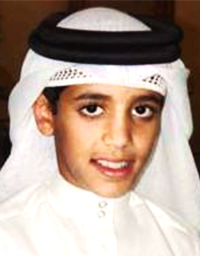