His full name is Mohammad Bin Mohammad Bin Ahmad Al Barshaoui Al Minyawi, known by “Almonshed”, and his surname is Abou Abdullah, who reads according to the “Ten readings”, and who is considered the most certified by “Sanad” in the holy Quran in the whole world.

Sheikh Mohammad Almonshed was born in Al Barsha village in Al Minya governorate, Egypt, on the 15th of December 1962. He grew up in a middle class family, and his father passed away when he reached the age of 6 years old, he received his primary education in his hometown in which he stayed only for 3 years after that his father died.

The attention of Sheikh Mohammad Almunshed towards the holy Quran was clear since the age of seven years old when he joined the Quranic School of his village, as he memorized from Surat Al Nas to Surat Abasa, and then he moved to a nearby village called Nazlet Al Barsha, where he stayed for four months in which he memorized four parts of the Quran.

Also, he has enriched his Quranic memorizations by learning Surat Al Imran and Surat Al Baqara with his cousin Ridwan, who was certified by Mohammed Almunshed himself according to Shuaba and Nafiae’s recitation methods later on. In the same context, Sheikh Mohammad Almonshed was schooled by numerous prominent Sheikhs, including Sheikh Mohammad Bin Abdul Aziz, as he read under his supervision the “Seven readings” from Al Shatibiya and he was certified by him, and also Sheikh Abdul Wadood Bin Shahata Al Malwani who was his professor in the readings Institute and who certified him according to the “Ten minor readings”.

Sheikh Mohammad Almonshed is considered the most and the highest certified Sheikh concerning the holy Quran, as his “Isnad” is strong, and as he took the “Isnad” from the most important Sheikhs in the present era. He is only separated from the Imam Bin Al Jazri by twelve men in the “Minor ten readings” and thirteen in the “Major ten readings”.

Mohammed Almonshed was assigned several tasks and functions, as he supervised the Quranic memorization courses In Al Azhar Al Sharif University from 1980 to 1984. He was also a Quran reader in “Chamal Al Said” radio channel and a professor of the Quranic readings in Saudi Arabia, and an Imam in one of the mosques in Shakra province for more than twelve years, as well as being a member in the committee for the Quranic reviews In Al Azhar.

Besides that, he has a few books, most notably:” The golden Dora in the novel of Choaba from Al Taiba and Al Shatibiya”. 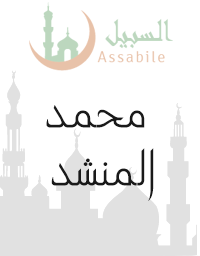 Mohammad Almonshed
His full name is Mohammad Bin Mohammad Bin Ahmad Al Barshaoui Al Minyawi, known by “Almonshed”, and his surname is Abou Abdullah, who reads according to the “Ten ...

Mohammad Almonshed
His full name is Mohammad Bin Mohammad Bin Ahmad Al Barshaoui Al Minyawi, known by “Almonshed”, and his surname is Abou Abdullah, who reads according to the “Ten ...
z