Sheikh Mohamed Ahmed Mohamed Maabad, known by Mohamed Maabad was born in 1934 in the village of “Nazlet Tarjem” in the Giza governorate, Egypt. He has inherited the love of the holy Quran from his father, who was one of the scholars of Al Azhar Al Sharif, and he was able to complete the memorization of the whole Quran under his supervision at the age of Eleven years old. After that, he learned the “Tajweed” of the Quran according to Hafs Aan Assem from Al Shatibiya and Imam Nafiae’s recitation methods under the supervision of Sheikh Abdul Azim Khalil Sweilem, and he was certified with both of them.

In 1956, Sheikh Mohamed Maabad joined Al Azhar University, and exactly the Quranic readings branch, that is affiliated with the faculty of Arabic language, and that after he has completed his high school studies. He obtained a certification in the “Tajweed” according to Hafs Aan Assem’s recitation method, then a certification in the “Ten Major readings”. Sheikh Abdul Fatah Al Qadi is seen as one of the most influential Sheikhs in the life of Sheikh Mohamed Maabad, after his father and Sheikh Khalil Sweilem.

His career started in Egypt, as he was appointed as an Imam of the Grand mosque in the village of Sol, as a successor of his father for twenty years, then as a member of the Egyptian Maqari’a, that are affiliated to the Ministry of Awqaf in Cairo, Giza, and Beni Suef. After that, he moved to Saudi Arabia in 1972 in order to work as a professor at the “Ruwaida Al Muhamal” School, and at the prophet’s mosque, and then he joined some Quranic radio and television programs.

However, in 1995, he finished his contract with the Saudi Education Department to return to his country where he was appointed as a guide of the teachers at the Azhar institutes. And then he moved to the Medina to live in it and to work as a teacher at the prophet’s mosque.

As part of his quest to teach the Quran, he set up a Quranic teaching office alongside with an organization to help memorize the book of Allah under the supervision of Al Azhar Al Sharif. Numerous students were schooled under his supervision including Ahmad Muhammad Othman, Ahmad Taj Eddine Al Soudani, Ibrahim Ahmad Atia and others.

Sheikh Mohamed Maabad passed away in 2009, leaving behind him several writings and publications, such as “the Useful summary in the science of -Tajweed-”, and “Hints of the Quranic sciences”. 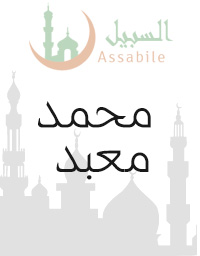 Mohamed Maabad
Sheikh Mohamed Ahmed Mohamed Maabad, known by Mohamed Maabad was born in 1934 in the village of “Nazlet Tarjem” in the Giza governorate, Egypt. He has inherited t...

Mohamed Maabad
Sheikh Mohamed Ahmed Mohamed Maabad, known by Mohamed Maabad was born in 1934 in the village of “Nazlet Tarjem” in the Giza governorate, Egypt. He has inherited t...