Mohamed El Kantaoui is considered one of the most known and competent Moroccan Quran readers who loved the book of Allah and were able to show its love in the emerging generation through his memorization and teaching methods. He was able to represent Morocco in the largest international forums that concerns the “Tajweed” of the Holy Quran. He won the fourth place in the first Quranic Festival in Saudi Arabia which was attended by a large number of the best readers from various countries of the Islamic world.

Mohamed El Kantaoui was born in the Moroccan city “Tafilalet”; and since his early years, his father used to see in him a famous Quran reciter. The dream continued to grow year after year until he achieved what he wished for; he did so by specializing in the study of the Holy Quran, its sciences and the different “Tajweed” methods. For that, he moved multiple times between several Moroccan cities to seek knowledge and excellence in the art of “Tajweed”.

Up until 1985, Sheikh El Kantaoui did not have access to Muslim homes across the Arab world. The turning point in Mohamed El Kantaoui’s path was due to his Quranic recordings under the supervision and direction of Mohammed Birbish and Mohammed Al Soussi, which gave him a large fan base and audience.

In addition, Sheikh Mohamed El Kantaoui recorded the Quran based on the Moroccan way under the supervision of the Ministry of Awqaf and Islamic Affairs; it was named the “Hassani Quran” in 1989. In the same year, he recorded twelve “Hizb” in Paris for the second channel on its inauguration occasion.

Sheikh El Kantaoui was very appreciated and respected by the Moroccan royal family; where he was appointed a member of the jury for the prize Hassan II at the time, which later became Mohammed VI Award for the Holy Quran “Tajweed” and memorization. He was also chosen by the late king Hassan II to pray “Taslimatayn” during “Taraweeh” prayers every year until he passed away, in addition to recording his own Quran.

Besides that, late king Hassan II appointed Sheikh El Kantaoui a professor to teach his grandchildren the Quran in the royal school. His appointment was renewed in the same position by King Mohammed VI in 2008; and he was also called to frame several training sessions in both China and Mongolia.

Many Quranic readers graduated under the supervision of Mohamed El Kantaoui. Some recorded the Quranic march and others recorded to the Ministry of Awqaf many Quranic recordings; while others represented Morocco in Europe, America and the United Arab Emirates Such as Muhammad Hamdan, Abdul Salam Al Assri and others. 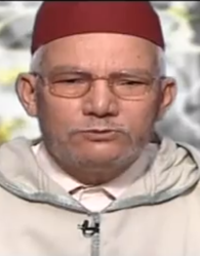