The Syrian Mohamed Abdel Hakim Saad is considered as one of the most popular Quran readers in the Islamic world, and he is the son of the late Sheikh Saeed Abdullah. He was appointed as an Imam in “Fakih” mosque, in “Al Aziziyah” district, Mecca.

Sheikh Mohamed Abdel Hakim was born in “Hamat” city in 1974, and he grew up in an Islamic environment, as his family members were students, Quran readers, and mostly knowledgeable. Certainly, Sheikh Mohamed was a worthy successor, as his father Sheikh Saeed Abdullah was a professor in “Oum Al Qura” University, in the “Quranic readings” department, and he was a Quran reader who certified several students, such us the Imam of the grand mosque: “Sheikh Muhammad Sabil”.

Sheikh Mohamed Hakim spent his middle and high school periods in the Institute of the Islamic University “Al Imam Muhammad Bin Saud” in Mecca. He continued his university studies in “Oum Al Qura” University, the faculty of “Da’wa and Ousoul Eddin”, in which he graduated in the Hijry year 1419. He worked after that in the “Quranic readings” department as a professor for 3 years, but he stopped in order to pursue a higher education.

Sheikh Mohamed Abdel Hakim memorized the holy Quran at an early age, and he learned the “Ten readings” according to “Al Shatibiya” and “Al Durra” recitation methods, under the supervision of his father, and then he had read them twice on the reciter Sheikh Sayed Kamal Sayed Salama, one of “Al Azhar’s” scholars. He learned the rules and the principles of the Quranic recitation from several Sheikhs, including Sheikh Abdul Malik Muhammad Sultan, Muhammad Ibrahim Al Sharkawi, and Dr. Hilmi Abdul Rauf.

Sheikh Mohamed Hakim was known for his sweet voice, for the clearness of his outlets and the articulation of sound, and for his mastery of the rules of Tajweed. He also excelled in controlling his voice and “Al Maqamat” effortlessly, and he was popular for mastering “Al Tilawa Al Hijazia”.

Besides that, he released a full recording of the holy Quran, and a Quranic closing according to Qaloon Aen Nafiae’s recitation method, which was broadcasted on “Al Fajr” Television channel. He has several books and publications, such us: “Al Moufid rules in the Tajweed science” (printed three times), “Almamul in explaining Al Ousoul” (Including Al Shatibiya and the Ten readings methods), etc…
Sheikh Mohamed and his late father are credited for spreading the “Quranic reading sciences”. 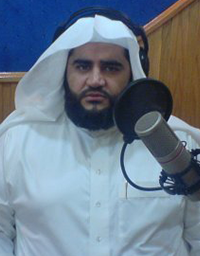