His full name is Mahmoud Saad Mousa Darwich, one of the most prominent, talented and new Egyptian Quran readers, who mastered the diversification of the Quran recitation.

He was born in 1975, and he received his college education in the famous “Al Azhar” University, where he obtained a certification in the “Islamic Daawa” in 1998. He also pursued his education in order to get his master’s and doctorate degrees in the same academic specialization.

In parallel with his University studies, Sheikh Mahmoud Darouich studied in depth the science of the Quranic readings, as he was able to obtain his “high reading” certification in the Quran reading Institute in Alexandria. And besides that, he secured the certification of the “ten readings”. 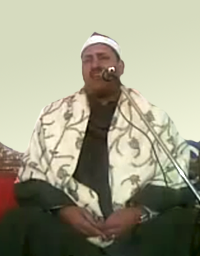