Sheikh Jaber Abdul Hameed Qutb is an Egyptian Imam, preacher and Islamic advocate, and one of Al Azhar’s most prominent scholars. Sheikh Jaber was surnamed “the crying Sheikh”, because of his usual crying and humbly submissive appearance during his speeches and lessons.

Sheikh Jaber Abdul Hameed, a graduate of the faculty of Ousoul El Din- Department of interpretation- in Al Azhar University, is widely known for his extensive advocacy work and efforts, as he adopts a very effective method that combines simplicity and eloquence. As a result, a large number of Christians and foreigners became Muslims thanks to his efforts and to Allah. Also, he was famous for his communication skills while preaching, for his speech abilities, and for his great sense of interpretation and his ability to respond to the suspicions of the Christians and to refute their claims.

In addition to his speech skills, Sheikh Jaber Abdul Hameed has a beautiful voice. In fact, he took the Imamate and the preaching in several mosques including “Al Nour” mosque in Abbasiya, and “Anwar Al Nasr” mosque before being appointed in “Al Rayan” mosque in the Maadi district in Cairo ten years ago, in which he gave numerous lessons of religion, such as “the fruits of faith” and “the marks of sins and infractions”. Besides that, he has many influential speeches on the issues of contemporary Islam, international events, and some political affairs, including, but not limited to: The Speech “Say, Mock [as you wish]; indeed, Allah will expose that which you fear.” That was delivered on the 28th December 2012, and the speech “Glorify your prophet PBUH”, which was delivered in the month Dhu Al Hijjah 1423 Hijr in “Al Nour” mosque in Al Abbasiya district, Cairo.

He also has a large number of speeches, most notably "Forgiveness between Christianity and Islam», «Stands with our youth generation” and "Attributes of Abdul Rahman".

The library of Sheikh Jaber Abdul Hameed is rich with a variety of sound recordings, most notably his Quranic recitation according to Hafs Aan Assem’s recitation method, and his recitation in the “Taraweeh” prayers in 1425 Hijr according to the same method. He also has several TV shows specialized for Islamic guidance, such as the program “Al Nabras” that he prepared and presented on “Al-Khalijiya” channel, as well as for his participation in some programs on the Islamic TV channel “Al Nas”. 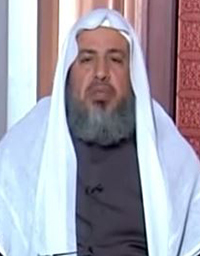