He is Ibrahim Al Asiri, one of the Imams of Bayt Allah and one of its Quran readers, who are famous for their heartfelt “Tilawat” and for their sweet voice in Saudi Arabia. His talent created for him a very large fan base and audience, especially amongst the youth, and he also earned the trust of the Ministry of Awqaf in Saudi Arabia, which made him an Imam in several mosques before settling in Al Zamil mosque in Al Nakhil neighborhood in the Saudi capital Riyadh.

Sheikh Ibrahim Al Asiri was known since his childhood by his love of the “Tajweed” of the holy Quran, as he took numerous Quran reciters as an example to him and he tried to imitate them, including Sheikh Abdul Basit Abdul Samad, Sheikh Muhammad Al Minshawi, and Sheikh Ali Jaber, the former Imam of “Al Haram Al Makki”. Yet, after taking the Imamate mission, he was able to create his own different style of Quranic recitation, a style that distinguishes him from other up until now.

Sheikh Ibrahim Al Aasiry is considered one of those people whose life took a different course by coincidence. His work as an Imam was not a job that was arranged in advance, as it happened that the mosque of the Sheikh Muhammad Bin Abdul Wahab needed an Imam for the month of Ramadan, and after the insistence of one of his friends, he decided to take the Imamate for the month as he explained. As a result, it was his first step in the world of the Imams while still being in high school.

The insistence of the colleagues of Sheikh Al Asiri in order to take the Imamate of the mosque was not an illogical decision to do, as he was known for years, and especially in his second year in the secondary education, for his strong personality and for his leadership abilities and skills, alongside with his sweet and heartfelt voice during the “Tilawat” of the holy Quran.

Since he took over the task of the Imamate, Sheikh Ibrahim Al Asiri moved between numerous mosques, the first one was the mosque of the Sheikh Muhammad Bin Abdul Wahab, then Muhammad Al Fatih mosque, then Al Zahra mosque in Al Suwaidi neighborhood, then Al Hussein Bin Ali’s mosque, alongside with Al Khair mosque, to move after that to Abdullah Al Rajhi’s mosque in Shubra, Riyadh, to pray the “Taraweeh” prayers.

Sheikh Ibrahim stopped being an Imam for seven years before returning to it in 1433 Hijry. 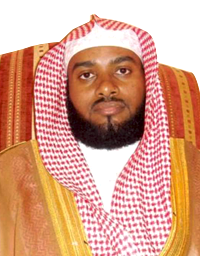